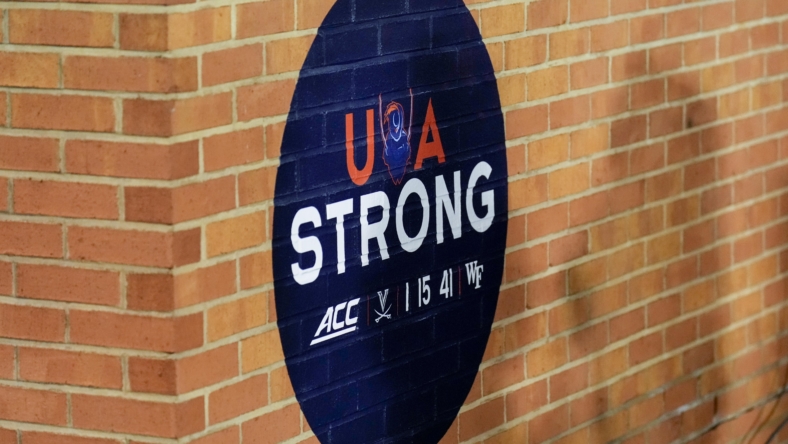 Virginia Cavaliers players Lavel Davis Jr., D’Sean Perry and Devin Chandler were all killed on campus following a shooting by suspect Christopher Darnell Jones Jr. Cavaliers’ running back Mike Hollins survived the shooting, but was seriously wounded after saving others on the bus.

As the Virginia football family continues to mourn the loss of three young men, with a memorial taking place of their canceled game, two Cavaliers’ alums will be honoring those lost in the tragedy.

McLeod, who played at Virginia from 2008-’11, will honor Davis Jr., Perry and Chandler on Sunday with custom-designed cleats displaying their names, numbers, three doves along with messages of positivity and love

McLeod won’t be the only Virginia alum in the NFL keeping the Cavaliers’ program and the three young men close to his heart on Sunday. Thornhill, a two-time All-ACC selection at Virginia (2016-’17), will also wear cleats to pay his respects to Perry, Chandler and Davis Jr.

NFL teams will also be taking part on a Sunday when many want to honor those whose lives were taken away far too soon. The Washington Commanders are wearing helmet decals with the numbers of each fallen Virginia player on their helmets.

Many college football programs held a moment of silence before their games on Saturday and either wore Virginia decals or logos on their helmets. Given the closeness of football families, the same will likely happen in the NFL today.