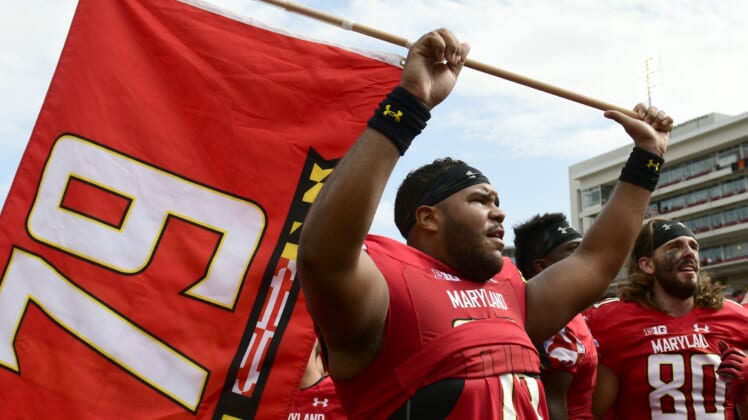 Offensive lineman Ellis McKennie is not happy about the Maryland’s decision to retain football coach DJ Durkin. And he’s made his displeasure known.

Following the decision, McKennie took to Twitter to remember his late teammate, Jordan McNair, who passed away as a result of a heat stroke suffered during a workout in June.

In the process, he blasted the decision to retain Durkin.

Every Saturday my teammates and I have to kneel before the memorial of our fallen teammate. Yet a group of people do not have the courage to hold anyone accountable for his death. If only they could have the courage that Jordan had. It’s never the wrong time to do what’s right. pic.twitter.com/AaZVmLGTtS

"I feel like I've been punched in the stomach, and somebody spit in my face," Marty McNair, the father of the late Jordan McNair, says in response to the decision to reinstate Maryland football coach DJ Durkin. https://t.co/a44zF2ooBQ pic.twitter.com/OHVuAdN2ru

Both McKennie and Mr. McNair clearly feel that Durkin is at least in part to blame for Jordan’s death. It’s safe to say that they’re not alone. It was reported that “several” Maryland players walked out of the team meeting with Durkin on Tuesday.

We’re certainly going to hear more about this story in the coming days, weeks, and months.