Joel Embiid suffers right orbital fracture and concussion, listed as out with no timetable to return 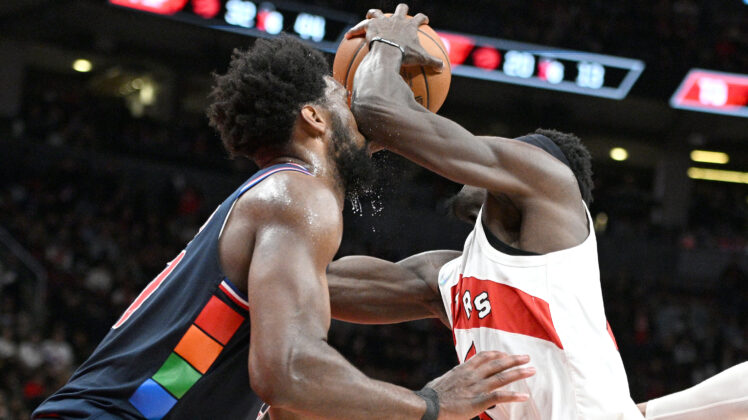 The Philadelphia 76ers are home resting like every other NBA playoff team not named the Memphis Grizzlies or Minnesota Timberwolves after their Game 6 win eliminating the Toronto Raptors. While the rest is nice, unfortunately their superstar center and MVP hopeful Joel Embiid will also need the time to recover from an injury suffered on Thursday night.

According to Shams Charania, Embiid suffered a right orbital fracture in addition to getting a mild concussion during their first-round playoff series win. As Charania notes, Embiid will be listed as out, with no timetable for his return set at this time.

His eventual return likely starts with clearing the league’s concussion protocol. From there, if he can play with a mask with such an injury, perhaps the injury won’t be as impactful as it sounds.

Embiid is also dealing with a torn ligament in his right thumb, giving him a host of ailments to deal with.

For the 76ers this is a crushing blow ahead of their Eastern Conference matchup with the (1) Miami Heat. Already a tough road with Embiid, without their five-time NBA All-Star, they stand no chance at advancing past the Conference Semifinals.

The 76ers take on the Heat, in Miami on Monday for Game 1.