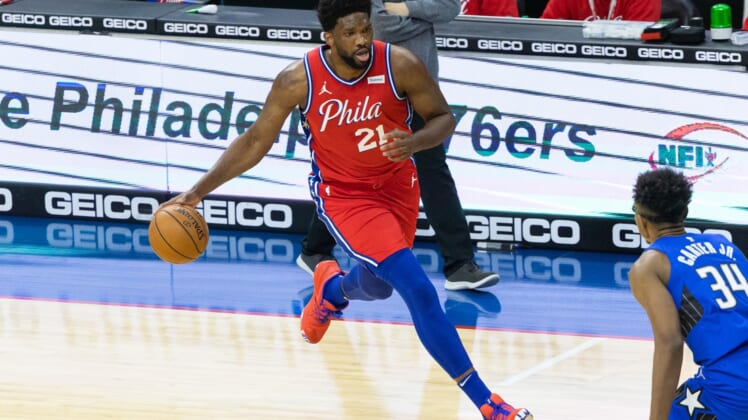 Philadelphia 76ers star center Joel Embiid found out that he finished second in the NBA MVP voting immediately ahead of his team’s Game 2 outing against the Atlanta Hawks in the Eastern Conference Semifinals Tuesday evening.

Embiid was questionable heading into the game due to a torn meniscus he’s dealing with in his left knee. Obviously, the All-Star was not going to miss said outing after Philadelphia dropped Game 1 despite him scoring 39 points.

In what was a must-win game for Embiid and his Sixers at home Tuesday evening, one of the best centers of the modern era more than stepped up. Philadelphia turned a two-point halftime lead into a blowout 118-102 victory, largely due to Embiid’s otherworldly performance.

The NBA MVP runner-up scored a playoff career-high 40 points on 13-of-25 shooting while grabbing 13 rebounds in a virtuoso overall performance en route to helping even he series a one heading to Atlanta for Game 3.

It was a much-needed performance for Joel Embiid with fellow “star” Ben Simmons scoring just four points on 2-of-3 shooting in yet another ugly offensive outing for the point forward. Those watching the game at home had their reactions.