Joe Gibbs Racing had a drama-filled year relating to its drivers and lineups. Let's dive into all of the news and updates about the team going into 2023. 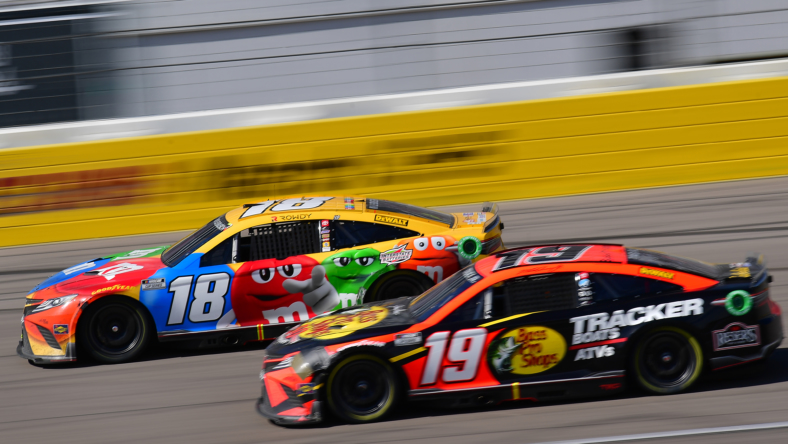 Joe Gibbs Racing had a drama-filled year relating to many areas including on-track performances and incidents, driver negotiations, and overall driver movement as the 2022 season comes to an end.

Let’s dive into the 2022 season for the organization and examine its murky future as areas remain publicly unsolved.

The first order of business for the 2022 season included Martin Truex Jr.’s potential retirement. Truex was pondering whether this season would mark his last in the No. 19 car for Joe Gibbs Racing.

However, the 42-year-old driver ended up announcing his intentions to return next year. There has been nothing decided on for 2024 as Truex comes off his first winless season since 2014 with Furniture Row Racing.

After that concluded, the public negotiations for Kyle Busch and Joe Gibbs Racing took place. It was not a pretty scene as Busch sat through press conferences every week discussing questions about the 2023 season.

This all happened due to Mars announcing their departure from NASCAR at the end of the 2022 season. It sparked an unimaginable scenario of the two-time NASCAR Cup Series champion leaving the organization and Toyota. 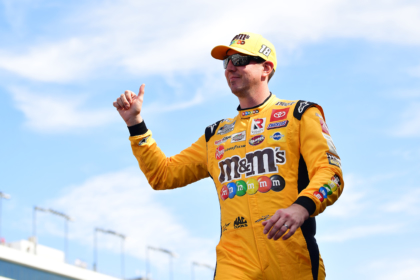 As said above, Mars leaving ended up being the nail in the coffin of the partnership. It was announced in September that Busch would drive the No. 8 car for Richard Childress Racing starting in 2023.

This drew a lot of criticism as Ty Gibbs was reportedly expected to replace Busch in the No. 18 car next year. Well, this still remains the case but this situation moves to the NASCAR Xfinity Series.

Gibbs finished the season with seven victories and an Xfinity Series championship; however many people lost respect for the 20-year-old driver after dumping his then-teammate Brandon Jones to the win at Martinsville Speedway.

It is very likely that Gibbs has competed in his final race as a full-time Xfinity Series driver. Due to this factor, it has created unsolved public mysteries for the organization moving forward.

Joe Gibbs Racing has seen an incredible amount of news during the 2022 season and that is not going to stop anytime soon. This is due to the NASCAR Xfinity Series program needing a complete driver rebuild.

Jones is leaving the organization to drive the No. 9 car for JR Motorsports as Noah Gragson moves to the NASCAR Cup Series while Gibbs will likely replace Busch in the No. 18 car next season.

Due to these moves, there are currently zero full-time drivers for the Xfinity Series lineup that are publicly known. According to team owner Joe Gibbs, the lineups for next season will drop sometime after the final weekend of the racing season.

Well, the 2022 season concluded at Phoenix Raceway last weekend so it would not be a surprise if the news came out at any second. The Xfinity Series lineup will be the most interesting development.

Sammy Smith and John Hunter Nemechek remain the most logical answers for Joe Gibbs Racing. Smith can continue in the No. 18 car while Nemechek could jump in for Jones in the No. 19 car. 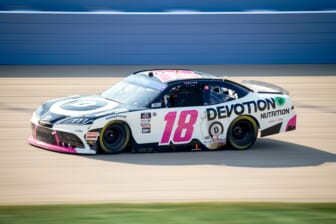 Meanwhile, the organization could go back to using the No. 54 car as an “All-Star entry” with drivers in Toyota Racing and Cup Series drivers, such as Bell and Hamlin.

In reality, all of this still remains unimportant as there are bigger things going on in real life. NASCAR will always come second to real life when sad situations take place.

Unfortunately, the entire NASCAR world lost one of its own when Coy Gibbs, son of Joe Gibbs and father of Ty Gibbs, passed away at 49 years old the night his son won the championship on November 6, 2022.

The entire NASCAR community continues to wish the entire Gibbs family the best as they push forward through this tough time.