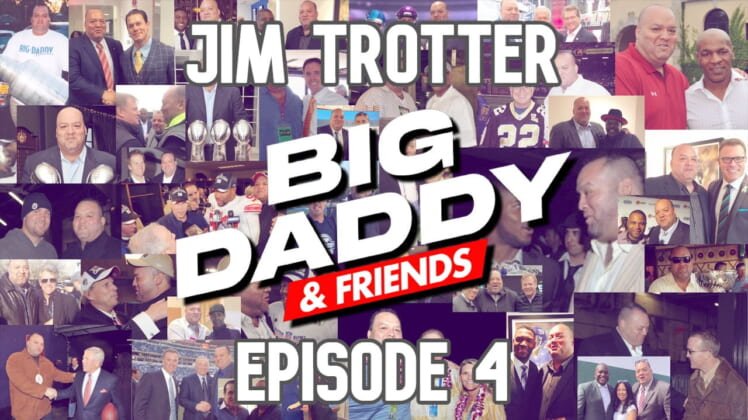 Longtime NFL reporter Jim Trotter joined Rich Salgado on “Big Daddy & Friends” for a recent interview, and discussed how he was forced to step down as president of Pro Football Writers of America upon moving from ESPN to NFL Network.

Whether it was a perceived conflict of interest or a fine-print stipulation of being part of the PFWA, Trotter had to abandon his leadership post despite being elected by his peers two years prior.

In embarking upon what was hopefully going to be a strong career move with a narrowed focus on pro football and additional TV appearances, Trotter didn’t realize that making his way from ESPN to NFL Network rendered him ineligible for the PFWA presidency. It also meant Trotter could no longer be a member of the group, period.

“Halfway through the term, I left ESPN to go to NFL Network,” Trotter said about his PFWA presidential tenure. “[I] was informed at that time by the PWFA that, if you work for the league, you cannot not only not be an officer, but you cannot even be a member of PWFA. So I had to relinquish my position and my membership.”

Despite the move to a company that is directly affiliated with the National Football League, Trotter noted how the same hurdles and difficulties that comprise the job of being an NFL reporter were still very present.

“There’s still this perception that because you work for NFL Network, or even if you’re a member of a club, that you have this exclusive access that others don’t…that’s not the case,” Trotter said. “The fight for access is the same now as it was a year ago, two years ago or a decade ago, and I don’t envision that changing.”

Trotter said he’s dealt with access issues even during his time at Sports Illustrated, ESPN, and even as a more local beat reporter for the Chargers franchise when he worked at The San Diego Union-Tribune. It’s quite a surprise to hear this, as Trotter is a highly respected voice in NFL media circles and is also a voter for the Pro Football Hall of Fame.

Among the more recent, fascinating reporting Trotter has done was his coverage of the Chargers’ pursuit of legendary quarterback Tom Brady this offseason. Although Brady wound up signing with Tampa Bay, the franchise has welcomed a new gifted signal-caller in the form of rookie Justin Herbert, who’s ascended among the brightest young stars at the position.

Now a frequent writer on NFL.com and guest on NFL Network and other national television outlets, be sure to check out Trotter’s work as the 2020 season comes down to the wire.