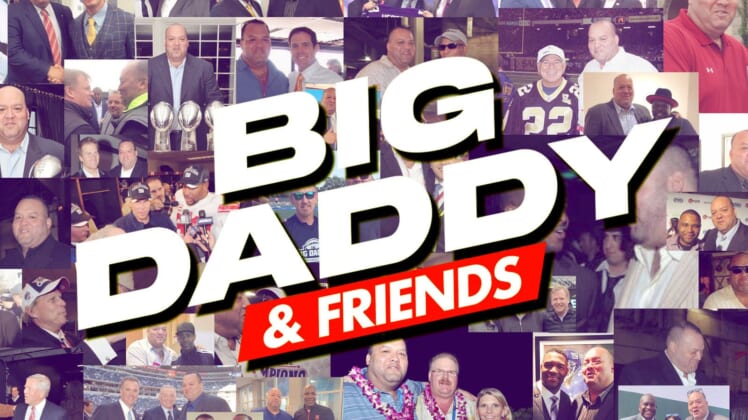 Rich Salgado, known as “Big Daddy” in many circles as a prominent NFL insider, has joined Sportsnaut to debut the show Big Daddy & Friends, which will stream on YouTube, on Sportsnaut.com and be available in podcast form.

Salgado has been a fixture around the NFL for nearly three decades as a pioneer in athlete insurance sales, which helps players protect themselves from the inevitable physical toll the violent professional gridiron takes on them. Not to mention, the generally short shelf life of the average career.

Big Daddy & Friends debuted with Salgado talking at length with former New York Jets defensive end Marvin Washington about a wide variety of topics. This included his Super Bowl win, his friendship with former Miami Dolphins legend and rival Dan Marino, his experience as a teammate with Hall of Fame defensive back Ronnie Lott beginning in 1993, and even the best barbecue in the New York City area.

The term “influencer” can sometimes have a negative connotation, but not in this instance regarding Rich Salgado. He’s widely respected as a personable, grounded presence who genuinely wants to help NFL professionals realize their full potential on and off the field.

As a dear friend of legendary NFL pass-rusher Michael Strahan, Salgado was close with the 2007 New York Giants team that knocked off the undefeated New England Patriots to win Super Bowl XLII — largely thanks to Strahan and the defense pressuring Pats quarterback Tom Brady.

“I felt like I was a part of the team…I went through that playoff run with them,” Salgado told Sportsnaut. “That year is probably the most special year in regards to my sports career.”

Jacksonville Jaguars head coach Doug Marrone spoke to The Athletic as part of a large feature done on Salgado that ran this past April. “Big Daddy” counts the coach as one of his many clients, and Marrone’s words highlight how widespread Salgado’s influence is across the National Football League.

“Even people around the league, or the coaches, it never ceases to amaze me how many people he knows from a network standpoint. From owners, I would imagine, to people in the front office, everyone knows him,” Marrone said.

Given Salgado’s immense connections and contact list across the NFL, he’ll be producing plenty of fascinating content and landing top-tier interviewees on Big Daddy & Friends. Be sure to tune in as episodes continue to drop. Among the notable guests on deck are New York Islanders head coach Barry Trotz, and retired NHL goaltender and NHL Network studio analyst Kevin Weekes.

Also on tap are Daryl “Moose” Johnston, former Dallas Cowboys legend and current Fox NFL analyst, along with Jim Trotter, a seasoned pro football writer who’s now a columnist for NFL.com. Trotter previously worked for Sports Illustrated, ESPN and was a longtime beat writer for the Chargers at The San Diego Union-Tribune.