Fans joined in to sing the National Anthem on 9/11 in stirring moment at MetLife Stadium. 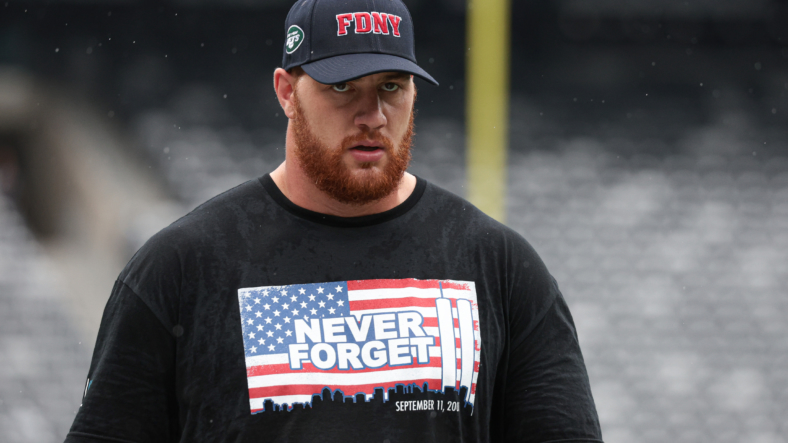 September 11th is always a day that brings about an array of emotions for obvious reasons, and sports have often played a part as both an escape and, for some, a form of healing too.

Who could forget Mike Piazza’s home run against the Braves at Shea Stadium just days later? Or when President George W. Bush threw an absolute strike at Yankee Stadium during the 2001 World Series? Well today, 21 years after that terrible day, as NYPD officer Brianna Fernandez began singing the National Anthem at MetLife Stadium prior to the New York Jets hosting the Baltimore Ravens, fans quickly joined in to sing along.

I don’t think it’s an understatement to call this a stop-you-in-your-tracks moment. As soon as Fernandez figuratively handed the microphone to the crowd of 82,00-plus, it was pure, instantaneous chills and it might have gotten a little dusty too.

And that’s coming from someone who was sitting on their couch. For those lucky enough to be in attendance for this special moment, the feeling of pride and unity must have been off the charts.

Sure, everyone’s excited for the start of the NFL season, but what an incredible way to put things in perspective before we get knee-deep into things like fantasy football and begin complaining incessantly about players who are inactive for Week 1.

What we saw ahead of the New York Jets and Baltimore Ravens game tells us this story in a big way.