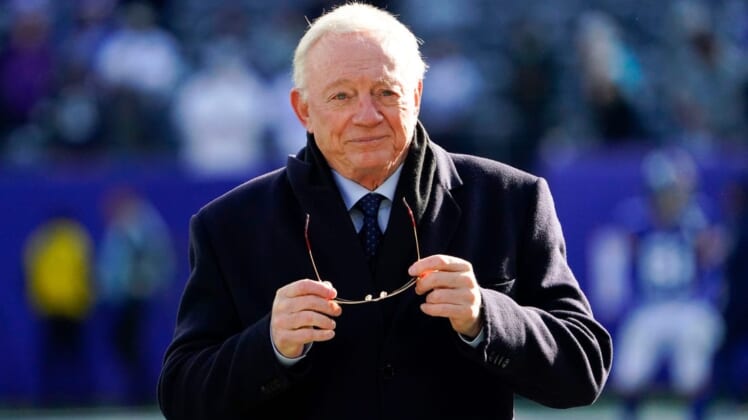 Dallas Cowboys owner Jerry Jones wants to quash any notion of a second NFL franchise moving to his city.

Just last week, Mayor Eric Johnson issued a tweet inviting the Los Angeles Chargers to move to Texas following news of a legal squabble between members of the Spanos family, which owns the team. In his tweet, he invited the team and NFL commissioner Roger Goodell to check out the city.

“Southern Dallas is the fresh start the @Chargers need! Several sites, including @cottonbowlstad and Hensley Field, would be ideal locations for a state of the art practice facility and world headquarters or stadium. We’re ready for the @NFL in @CityOfDallas!”

Jones isn’t on board.

“Well, I like the mayor,” Jones told the Dallas Morning News. “I like him personally, but he doesn’t have the depth. He doesn’t have the knowledge that others have regarding how unique Dallas is and how we enjoy the interest in the Cowboys. He wouldn’t want to water that down as it relates to Dallas if he knew as much, and has spent as much time in sports as I have.”

Jones bought the Cowboys in 1989 for almost $150 million. Before the start of the 2021 season, Forbes valued the franchise at $6.5 billion. The Cowboys play outside Dallas in the suburb of Arlington.

Jones doesn’t sound too worried about the possibility of sharing his city. He said it never would get league approval, anyway.

“You can be rest assured that you would not have the NFL supporting another team because of the kind of value that the game and the NFL receives of having (the) Dallas Cowboys as one of its marquee teams and again, logic tells you (the NFL) wouldn’t want to water that down.”

The only markets with two NFL teams are New York, a situation created by the AFL/NFL merger, and Los Angeles, where the Chargers have been second-fiddle to the Rams since moving north from San Diego in 2017.