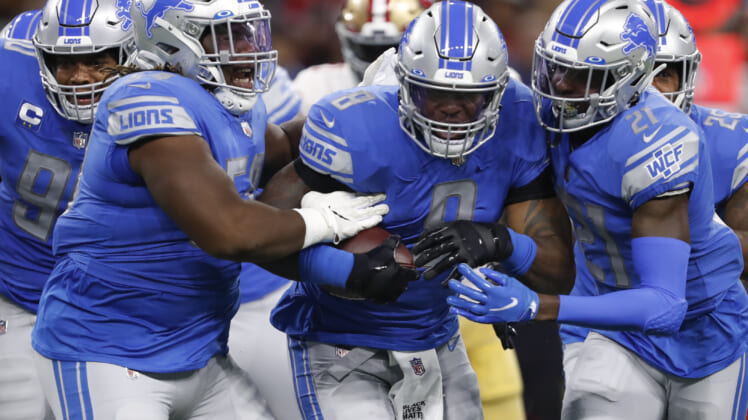 Two-time Super Bowl champion linebacker Jamie Collins has enjoyed most of his success during a nine-year career with his original New England Patriots team.

Just recently released by the Detroit Lions after they failed to find a trade partner, it looks like the 31-year-old Collins is set to return to New England for a third stint.

“A reunion in the making: the Patriots are working towards a deal with free agent LB Jamie Collins to bring him back for his third stint with the team, per source,” ESPN’s Field Yates reported on Tuesday. “Collins should be able to contribute right away given his familiarity with the system.”

Jamie Collins back to the New England Patriots

A second-round pick of the Pats back in 2013, Collins played his first 3.5 seasons with New England before being shipped off to the Cleveland Browns midway through the 2016 campaign. That first stint with the Patriots saw Collins start 41 games while earning a Pro Bowl spot in 2015.

After some major struggles in Cleveland, Collins returned to the Pats ahead of the 2019 campaign. That season saw him record 81 tackles, seven passes defended and three interceptions before he ultimately left for Detroit.

Collins will likely be the primary backup behind fellow linebackers Dont’a Hightower and Kyle Van Noy moving forward on the season.