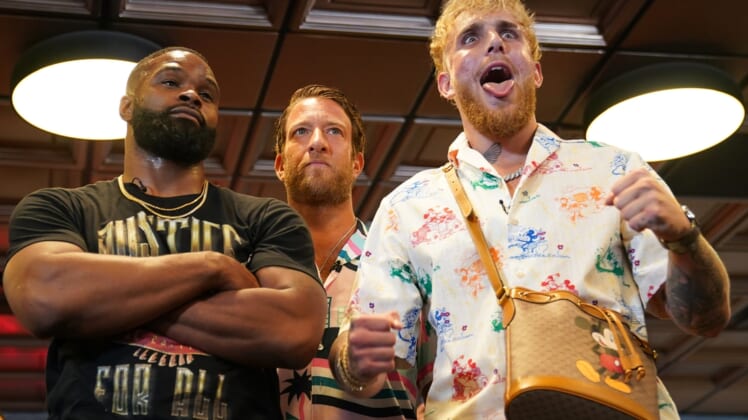 The betting action has been split ahead of Sunday night’s bout between Jake Paul and Tyron Woodley at Rocket Mortgage Fieldhouse in Cleveland.

Woodley, who is fighting in his hometown, has been backed by 58 percent of the total bets at PointsBet. The 39-year-old former welterweight champion left UFC on a four-fight losing streak and will be making his pro boxing debut.

Paul, the 24-year-old YouTube sensation who is 3-0 in his young boxing career, has drawn 54 percent of the money placed on the fight at the sportsbook. He most recently beat Ben Askren in April, with Woodley in Askren’s corner for the bout.

The pair will fight at 190 pounds.

“My opponent is small … he just seemed little,” Paul said during Saturday’s weigh-in. “It just seemed like he’s going through the motions. Almost sad, if you will. I’m going to break him.”

Showtime will broadcast the card on pay-per-view, with Amanda Serrano also set to defend her WBC and WBO featherweight titles against super bantamweight champ Yamileth Mercado.