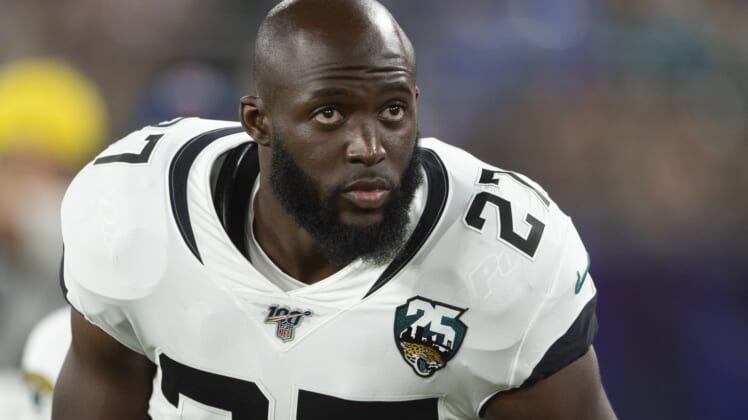 Leonard Fournette recently made it clear he wants the Jacksonville Jaguars to sign Cam Newton in free agency. The Jaguars reportedly have Fournette on the trade block.

These two things may be linked.

Speaking with Mike Tirico of NBCSN, Jaguars head coach Doug Marrone hinted that Fournette’s comments about Newton could be a problem in Jacksonville’s locker room.

“You know, with players, you’re always going to have friends [who say] like, ‘Hey, this guy should come, or that guy should come,’ and you try to talk to the players about talking about the team and doing what is best and keeping a single message, but then a lot of times you’re going to have to be able to communicate in that locker room, I mean that is the big thing with me,” Marrone told Tirico (h/t Pro Football Talk). “I mean, we all talk about men are all men and everything, when you are in that locker room, you’ve got to say, ‘Hey listen, I said this because I really think this is best for the team,’ and if you can’t say this is what’s best for the team, then you’re going to have issues. . . . It’s not like a coach can get in between two players and fix something. You know, these things have to be fixed among each other at times and the coach can go in there and try to guide it through.”

Fournette is coming off a career year in Jacksonville. The former No. 4 overall pick racked up 1,674 yards from scrimmage and showed off his hands with 76 receptions. The Jaguars have control of his rights for two more years if they decide to pick up his fifth-year option.

This is not the point at which teams typically look to offload one of their key players. Yet here we are.

It’s all starting to make sense now. Jacksonville appears to be committed to Gardner Minshew and has done a ton of work promoting him on social media. Fournette’s comments about Newton are not helpful to that end.