The IOC outlined its main concerns as a potential negative impact on other sports, gender equality and player welfare/health.

Not referenced by the IOC is a potential impact on the Olympics’ men’s soccer tournament if the World Cup was held every two years. 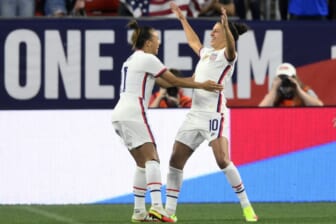 The IOC’s statement read, in part:

“The IOC shares these concerns and supports the calls of stakeholders of football, International Sports Federations and major event organizers for a wider consultation, including with athletes’ representatives, which has obviously not taken place.”

FIFA’s head of football development Arsene Wenger first revealed this summer FIFA’s intent to explore the possibility of a World Cup taking place every two years, and opposition has risen steadily since.

Several coaches, players, federations and players associations have voiced public dissent for the plan, which FIFA has continued to back publicly.