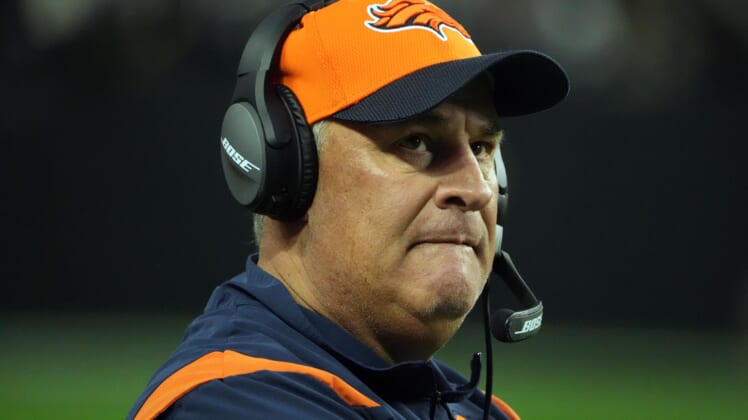 Vic Fangio has 22 years and counting of experience as an NFL defensive coordinator or head coach. Prior to his current role as head coach of the Denver Broncos, Fangio developed a reputation as one of the better defensive coaches in football. Even during his three years in Denver, Fangio’s defenses have impressed, evidenced by currently allowing the fewest points per game in the NFL.

While there’s no questioning his scheme or ability to coach up defenders, his teams haven’t performed well enough. Held back by a lack of a franchise quarterback, Fangio has a 19-28 record coaching the Broncos. Making matters worse, they haven’t made the playoffs since their 2015 Super Bowl victory.

With rumors continuing to circulate regarding the future of Fangio’s status with the Broncos, reports are emerging of other NFL teams already getting ready to pounce. Though, they have interest in Fangio returning to the role that earned him the head coach position in the first place.

In fact, Fangio could become one of the highest-paid coordinators in pro football. According to Jason La Canfora of CBS Sports, Fangio is a desired commodity among those franchises who may lose their defensive coordinator to a head coach gig this offseason.

Some of the defensive coordinators who are beginning to make waves in the hiring circles are Dallas Cowboys’ Dan Quinn, Tampa Bay Buccaneers’ Todd Bowles, and Indianapolis Colts’ Matt Eberflus. We’ll see whether or not Fangio is actually fired first. But if he is, there could be a gold rush in pursuit of his services.

The Broncos, at 7-8, have two more games left on their schedule. The first one is today against the L.A. Chargers and then next week closing out the season against the Kansas City Chiefs.