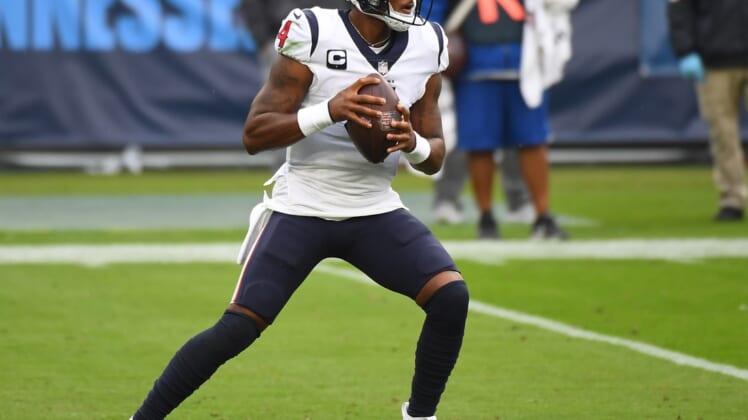 The number of civil lawsuits accusing Houston Texans quarterback Deshaun Watson of sexual assault or inappropriate conduct has grown to 14.

Another lawsuit was filed Monday night and appeared on the website of the Harris County District Clerk on Tuesday morning. It was the last of seven civil suits filed Monday.

ESPN reviewed the lawsuit and said the unidentified plaintiff was a traveling massage therapist. As she was massaging him, he allegedly forced the woman’s hand onto his penis, according to the lawsuit.

The incident allegedly occurred in California. All but two of the lawsuits list the Houston area as the location of alleged misconduct, and all are linked with massage therapists.

More lawsuits are expected. The attorney representing the women, Tony Buzbee, said more than 20 women had reported such encounters with Watson.

The first lawsuit was filed last Tuesday, at which time Watson, 25, denied the allegations.

The NFL said Thursday that cases of alleged wrongdoing by Watson are under investigation. The Texans said team officials will stay in contact with the league.