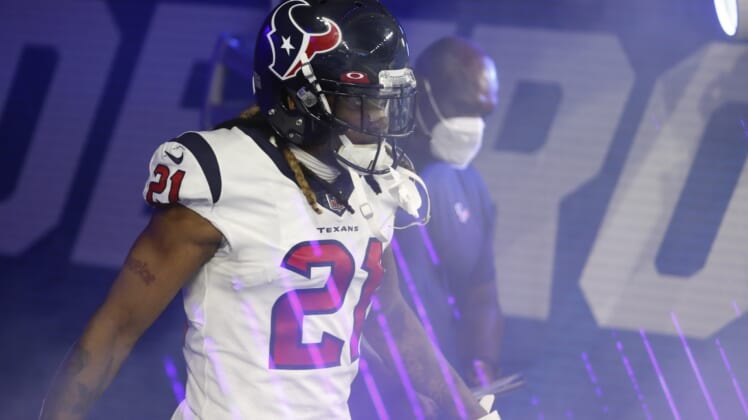 There’s something going on with the Houston Texans right now. And we can’t blame former head coach Bill O’Brien for any of it. Mere days after their win over the Detroit Lions, these Texans are facing multiple suspensions. That now includes star cornerback Bradley Roby.

The former Denver Broncos first-round pick released a statement, apologizing to his team in the process.

It’s not 100% clear what’s going on with the Texans right now. But this seems to be a bit more than a coincidence. Bradley Roby’s statement is similar to what we heard from Fuller earlier on Monday.

For the Texans, this is highly unlikely to impact their remaining five games. Despite boasting a 4-3 record under interim head coach Romeo Crennel, Houston sits at 4-7 on the campaign and completely out of the AFC Playoff race. As for Roby, he will also be suspended for the first game of the 2021 season.

This suspension comes less than a calendar year after Roby signed a three-year, $31.5 million contract to return to the Texans.

A first-round pick of the Broncos back in 2014, the 28-year-old Roby initially signed a prove-it, one-year deal with Houston ahead of the 2019 season. He’s since morphed into a tremendous cover guy.

Bradley Roby finishes the 2020 season having tallied 37 tackles, seven passes defended and one interception. It remains to be seen how this will impact his future in Houston. A lot of that will depend on the Texans’ new head coach.

What we do know is that Houston faces a $10 million dead cap hit should it release Roby during the offseason. However, the team can potentially use this suspension as a way to get out of said contract. Time will tell on that front.