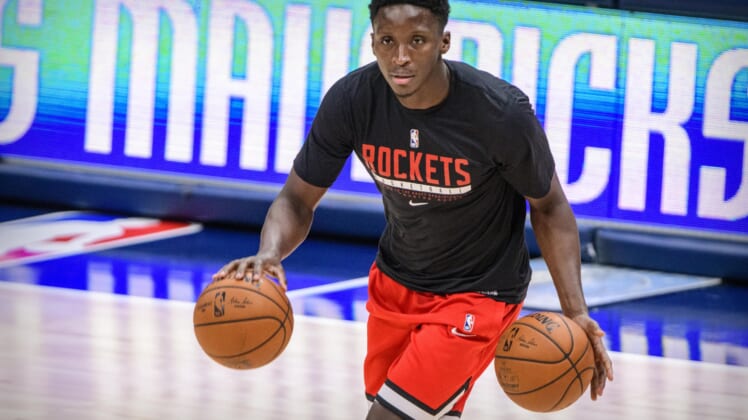 Acquired in the James Harden four-team blockbuster back in January, Oladipo just recently turned down an extension offer from Houston. He was more than likely going to leave in free agency.

In no way does that mean the Rockets actually knew what they were doing in pulling off the above-mentioned Victor Oladipo trade. They actually acquired two cap fillers in Avery Bradley and Kelly Olynyk as well as a pick swap in the 2022 NBA Draft that’s unlikely to convey.

Seriously, that’s what the Rockets netted for a two-guard who is averaging 20.8 points, 5.0 rebounds and 4.7 assists on the season. Just a brutal move from new Houston general manager Rafael Stone.

This also pretty much puts an end to the James Harden trade from back in January. To say that the Rockets got fleeced would be an understatement.

This might go down as one of the worst moves in modern NBA history. How in the world can the Rockets end up with that for one of the greatest players in Association history? In fact, they could have had Caris LeVert, Jarrett Allen and multiple first-round picks in the original Harden trade.

Fresh off a 20-game losing streak, Houston is going nowhere fast. It’s not even in the initial stages of a rebuild. The team is simply a bottom feeder with no way out under embattled owner Tilman Fertitta. It’s just gross at this point.