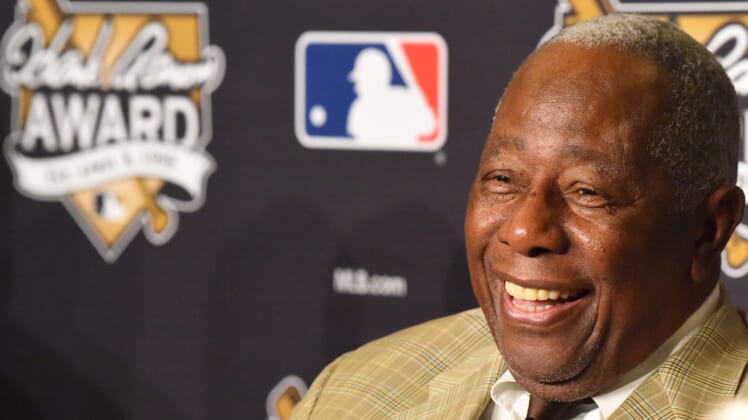 Hank Aaron, the Hall of Famer slugger who starred with the Atlanta Braves, has passed away at the age of 86.

The heartbreaking news, first reported by CBS 46, has since been confirmed by a close family member and a former Braves’ official.

Aaron got his start in baseball with the Indianapolis Clowns on the Negro League in 1951. Before long, he quickly caught the attention of MLB. After signing with the Braves, he spent the next few seasons in the minor leagues before making his MLB debut in 1954.

He posted a .280/.322/.447 slash line in his first MLB season, hitting 13 home runs with 27 doubles and a .769 OPS. After finishing fourth for Rookie of the Year, he would take a huge leap the following season and chart his course in the history books.

Aaron earned his first All-Star Game appearance in 1955, behind a season that saw him hit 27 home runs with 106 RBIs and a .906 OPS. He would go on to appear in 25 All-Star Games, the standing record for the most in MLB history.

Over the course of his incredible career, Aaron proved to be one of the best players ever. He finished with 755 home runs, holding the crown as MLB’s home run king until Barry Bonds surpassed him in 2007.

Of course, one of the most iconic moments in baseball history is the day Aaron Broke Babe Ruth’s home run record. On April 8, 1974, Aaron hit his 715th home run and MLB fans witnessed a moment that will never be forgotten.

He was elected into the Baseball Hall of Fame in 1982, receiving 406-of-415 votes in his first year on the ballot.

As word spread of Hank Aaron passing away, the baseball world came together to reflect on his historic career and the incredible legacy he leaves behind.