Mark Messier, the Hall of Fame center who won six Stanley Cup titles over a 26-year playing career, will join ESPN as an NHL studio analyst beginning with the 2021-22 season.

ESPN agreed to a seven-year broadcasting deal with the NHL that will bring hockey back to the network for the first time since 2004. The network received broadcast rights to four Stanley Cup Finals in that seven-year span as part of the deal.

Messier, 60, played one season in the WHA before coming to the NHL’s Edmonton Oilers in 1979-80. He won five Stanley Cups with the Oilers dynasty and added a sixth with the 1993-94 New York Rangers while scoring the deciding goal in Game 7 of the Finals.

Messier was a 15-time NHL All-Star and is the only player in league history to captain two different franchises to Stanley Cup titles. 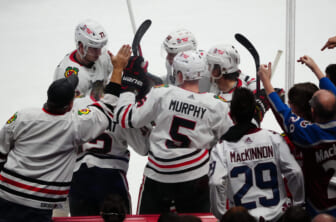 “The game of hockey, and the NHL, have afforded me enormous opportunity, success and experiences on the ice and in my life,” Messier said in a press release. “My passion for the game is as strong as it has ever been and I am looking forward to sharing that passion, plus my insights and analysis with the sport’s incredible fans.”

Messier’s former Edmonton teammate, Wayne Gretzky, joined Turner Sports in a similar role this spring after he reportedly rebuffed ESPN’s offer to hire him. Gretzky will work as a studio analyst for TNT. Turner bought the rights to the NHL’s “B” package and will broadcast three of the next seven Stanley Cup Finals.