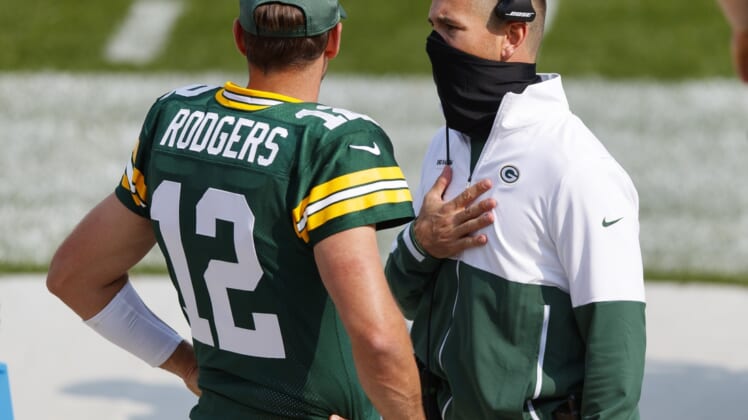 LaFleur, speaking Saturday for the first time since Rodgers’ standoff with the franchise became public on Thursday, admitted he is unwilling to accept any other reality than the one he has known as Packers head coach. And that means No. 12, the reigning NFL MVP, being on the field in Green Bay.

LaFleur said he continues to view Rodgers as “the greatest to ever do it.”

President Mark Murphy and general manager Brian Gutekunst took turns the past two days singing the same tune: bring back Rodgers. But there is little harmony in Green Bay, according to multiple reports, which include the same, potentially debilitating summary for the Packers.

Rodgers reportedly told the front office he wants a trade and has no intention of playing for the team again.

“We want him back here,” LaFleur said Saturday.

The Packers drew first blood in Rodgers’ opinion by drafting Utah State quarterback Jordan Love in the first round of the 2020 draft. Rodgers was openly miffed, and said he felt the team could have drafted a player ready to contribute immediately.

Love was inactive for every game last season.

What if, then, LaFleur’s next game as Packers head coach doesn’t include No. 12?

“I can’t even take my brain to that spot right now,” LaFleur said. “I just want to do everything in my power to ensure that doesn’t happen.”