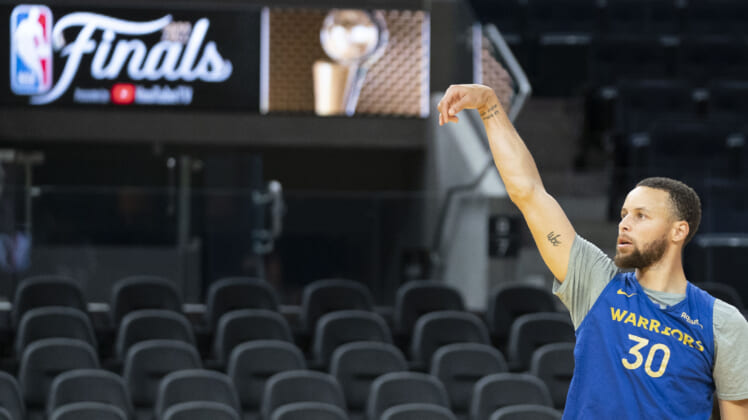 Golden State Warriors legend Stephen Curry is the odds on favorite to win the 2022 NBA Finals MVP. An achievement he has yet to earn during his illustrious career.

Betting is as synonymous with sports as beer and hot dogs. And bets on sporting events over the last 20-plus years aren’t just about wins and losses. All sorts of things can be wagered on during a game or series, including who is likely to win most valuable player honors in the NBA Finals series between the Warriors and Boston Celtics.

Over on popular betting site Ceasars Sportsbook, Curry is the popular choice to have the best performance in June’s championship series. Currently, the two-time league MVP has odds of +100 to win an honor he has never earned despite appearing in three NBA Finals series and his Warriors being victorious in three. Curry has averaged 25.9 points, 4.9 rebounds, and 6.2 assists during this year’s NBA Playoffs.

Unsurprisingly, the player with the second strongest odds to have a memorable best-of-seven series is Celtics superstar Jayson Tatum. He is a +180 pick to win the Finals MVP award in his first appearance in an NBA championship series. The 24-year-old has averaged 27.0 points, 6.7 rebounds, and 5.9 assists in 18 playoff games in 2022. 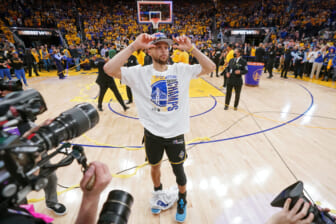 After Curry and Tatum, four members of the Golden State Warriors squad are among the next six with the strongest chances to win the much-coveted championship series award.

In terms of the game itself, Golden State is a slight favorite at -170 to take Game 1 of the NBA Finals on Thursday night. Tonight’s matchup begins at 9 PM EST and will air on ABC.