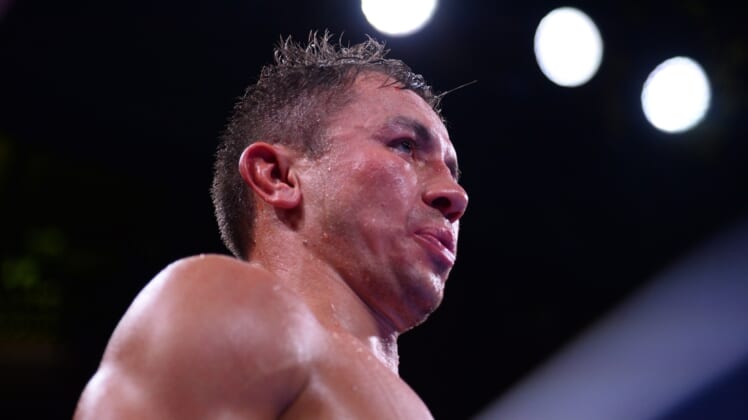 Gennadiy Golovkin earned a ninth-round TKO against Ryota Murada to unify the IBF and WBA middleweight titles in a bout Saturday at Saitama, Japan.

Struggling early, Golovkin (42-1-1) used in-fight adjustments to rally for the victory a day after his 40th birthday. The victory for the native of Kazakhstan could lead to a third fight with Canelo Alvarez later this year.

Golovkin, the IBF and IBO champion since 2019, previously held the WBC title.

Murada (16-3), a native of Japan who won the WBA title in January, used body blows to take advantage of Golovkin early, but could not hold off his opponent, who went to a flurry of combinations to rally.

Alvarez next faces Dmitry Bivol on May 7, with a victory likely setting up another meeting with Golovkin. Alvarez and Golovkin fought to a draw in 2017 before Alvarez won the rematch in 2018.