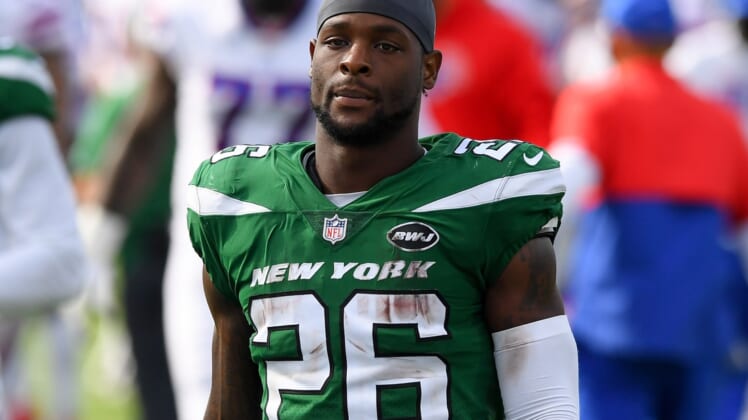 Free agent running back Le’Veon Bell says he is waiting to sign with the right team that will utilize his talents.

“i’ll sign somewhere when IM ready…ain’t no more finessing me with lies and (expletive) just to get me to sign with they team…no more rushed decisions on my end, period…” Bell posted in a series of tweets on Thursday.

Bell, 29, was a three-time Pro Bowl selection and two-time All-Pro with the Pittsburgh Steelers before sitting out the entire 2018 season on the franchise tag in a contract dispute.

After signing a four-year, $52.5 million deal with the New York Jets in March 2019, Bell gained 1,250 yards from scrimmage and scored four touchdowns in 15 starts with the team that season.

Bell played in three games with the Jets last season before being released on Oct. 14. He signed with the Kansas City Chiefs three days later and played in nine regular season contests and one playoff game for the AFC champs.

On Thursday, Bell vowed to return to his All-Pro form from 2017, when he led the NFL with 406 touches with the Steelers and gained nearly 2,000 yards from scrimmage.

Bell said the Jets didn’t give him the opportunity to shine.

“… I probably need to play for a defensive minded head coach instead of these offensive minded guru’s … I had more touches in 2017 for the steelers than I had my entire time with the jets,” he wrote.

When a fan responded that Bell had plenty of chances in New York, the running back questioned the play-calling he experienced there.

“I don’t consider a ‘HB dive’ on 3rd & short of 4th & short EVERY TIME is an opportunity,” Bell wrote. “we line up & they callin out the play, that’s not opportunity, on top of the play being a dive … I can’t make (expletive) shake with that.”