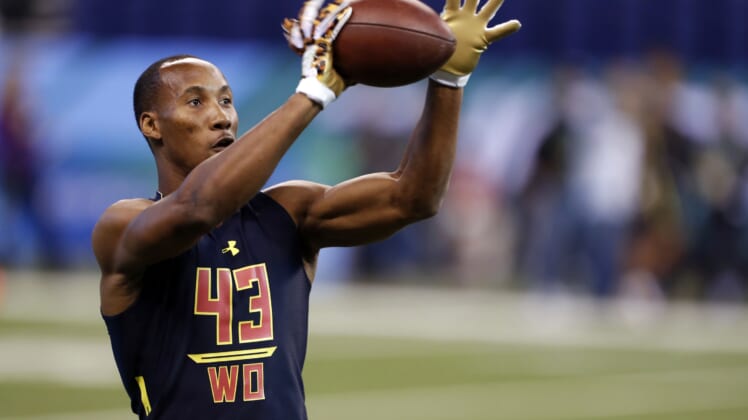 A star wide receiver with Florida State from 2014-16, Travis Rudolph is well known in the Florida area. He starred at Cardinal Newman High School in West Palm Beach before making his way to the Seminoles.

Unfortunately, Rudolph now finds himself in the news for all of the wrong reasons in Florida. In a press release by the Palm Beach Office Sheriff’s Office on Wednesday, it was announced that Rudolph has been charged with one count of first degree murder and another count of attempted first degree murder. To say that the allegations are troubling would be an understatement.

As you can see in the report, authorities were called to the scene of a double shooting in Lake Park. The area in question is about a 16-minute drive from where Travis Rudolph grew up.

An undrafted free agent of the New York Giants back in 2017, Rudolph played seven games with the team as a rookie. He caught eight passes for 101 yards in the process.

It was the wide receiver’s only regular-season action in the NFL. He would later signed to the Miami Dolphins practice squad in 2018. However, a torn ACL ended his career in its tracks.

Perhaps, Travis Rudolph is best known for a viral video taken back in 2016 when he was a member of Florida State in which the receiver was shown eating lunch with an autistic elementary school student. It was also back in 2017 that Rudolph lost his father to what is being considered an accidental shooting.

Obviously, things have spiraled out of control for the young man since. The 25-year-old Rudolph faces life in prison without the possibility of parole. Under certain circumstances, he could face the death penalty.