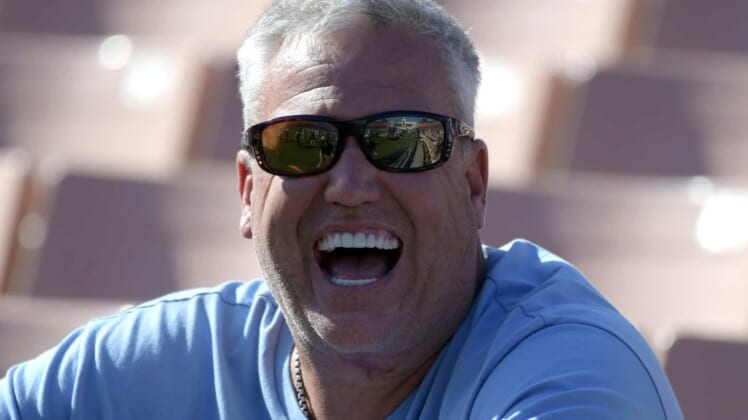 Former New York Jets and Buffalo Bills head coach Rex Ryan is talking a lot these days as a commentator on ESPN.

Maybe he should be talking a bit less after finding himself in the news last week. Ryan went after Dallas Cowboys wide receiver Amari Cooper in what seemed to be a personal attack while on ESPN. While he later apologized, the damage had already been done.

It’s pretty funny that Ryan, with all of four playoff wins under his belt, is going after a six-time Super Bowl champion head coach.

For his part, Smith took exception to a coach who drafted him with the Jets back in 2013 bringing him into the conversation.

Smith then doubled down by calling Ryan his enemy.

If that weren’t enough, Smith went full silver spoons on Rex in pretty much claiming his football career came riding the coattails of his father, Buddy Ryan.

People clearly have too much time on their hands during this quarantine. Put social media away. Read a book. Do something else.