2022 NBA Draft: Terquavion Smith projected to be a first-round pick, returns to college instead 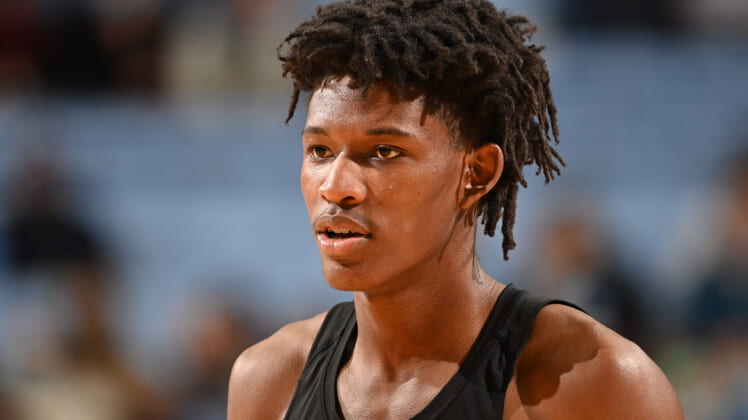 Despite being viewed as a first-round pick in June’s NBA Draft, NC State guard Terquavion Smith rather play his Sophomore season in Raleigh than take his talents to the NBA.

After the conclusion of each NCAA DI season, many of the best draft-eligible players will test the waters on their value, and determine if that particular year is the one where they can maximize their jump to the pro level. Every competitor’s goal is to get to the NBA, but as a young business person, the hope is to be drafted as high as possible and land the higher range of rookie contracts.

Oftentimes, when an athlete goes through the pre-draft process they find out their value is not as high as they hoped, and with collegiate eligibility still remaining, the best course of action is to return to the amateur level and improve their stock for the next year’s selection event.

However, that was not the case this month with Terquavion Smith. He entered the NBA combines as a player among the 30 best in this year’s class, but his performance during drills and in a scrimmage, where he scored 17 points, increased his value up into the 20s for many. Several NBA executives confirmed to ESPN that his showing at the combines solidified his place as a first-round pick.

Yet, on Tuesday Smith announced that he will instead return to NC State for another season.

“I’ve decided to play next season for NC State, the first team to offer me a scholarship,” Smith told ESPN. “I owe so much to Todd Ramasar, the agent who walked me through this process. Ross McMains, the incredible coach who prepared me so well for all I’ve just gone through, and the Life Sports Agency team. This past month has been eye-opening in so many ways. Todd, Ross, and their team helped put me on the NBA map.” 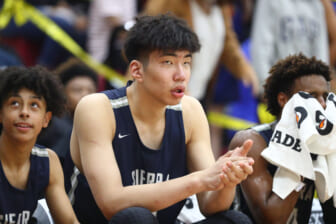 Terquavion Smith added that his representation informed him many teams picking in the teens and back had a first-round grade on him. However, money was not a determining factor in his decision. In the end, he enjoyed playing at NC State and seemed to believe he could improve his game — and probably his value — with another season in the college ranks.

“I like school and my college in particular,” said Smith. “Remember, my last two years have been so strange, thanks to the pandemic. I just want one more season to get everything right and just be a college student.”

Smith is a three-time state champion in North Carolina and earned ACC All-Rookie honors in his freshman season.