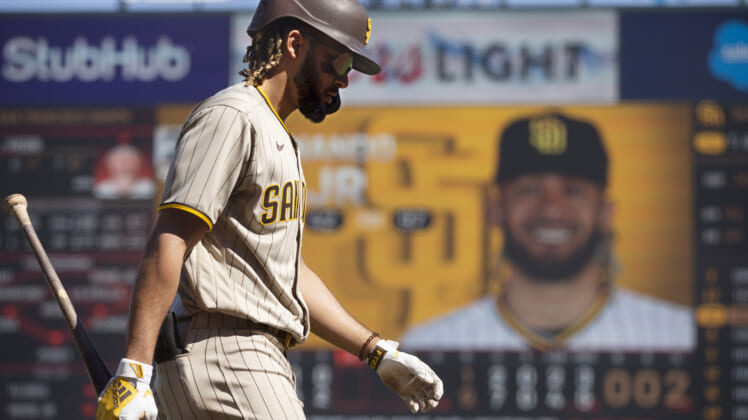 San Diego Padres star Fernando Tatis Jr. is expected to miss up to three months for surgery to repair a fractured wrist suffered during the MLB offseason.

Speaking to reporters Monday, Padres’ general manager A.J. Preller revealed the diagnosis. While specifics weren’t provided on exactly when or how the injury happened, San Diego anticipates its All-Star slugger will undergo surgery.

Injuries have proven to be a problem for the 6-foot-3 shortstop and outfielder. He played in just 130 games during the 2021 season after partially dislocating his shoulder. In December, the San Diego Union-Tribune reported that Tatís suffered minor injuries in a motorcycle accident during his time in the Dominican Republic.

A favorite to win MLB MVP, Ohtani’s absence is a drastic blow for the Padres’ lineup. While he has beat recovery timelines for injuries in the past, even the most optimistic return will not see Tatīs playing again in San Diego until May, at the earliest.

The Padres moved Tatís to the corner outfield late in the 2021 season to help improve his durability, protecting his body from the more physical nature of playing shortstop. Given this development, San Diego will likely be in the market for an infielder in the next few weeks.