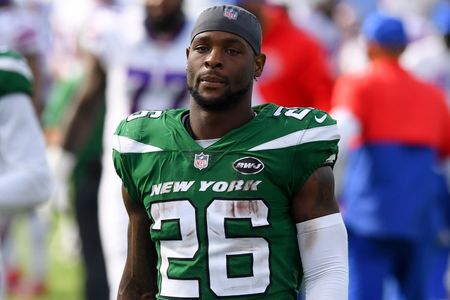 Both Bell and the Chiefs confirmed the news with tweets about an hour after reports of the deal first broke.

According to ESPN and NFL Network, the deal is for one year.

Earlier in the day, ESPN reported that Bell, released by the New York Jets on Tuesday, planned to sign with the Chiefs, Buffalo Bills or Miami Dolphins. The Jets play each of those teams over the next three weeks (at Miami on Sunday, followed by a home game against the Bills on Oct. 25 and a trip to Kansas City on Nov. 1).

Bell, 28, will be unavailable for the Chiefs’ Monday game at Buffalo as he has to go through five days of COVID-19 testing, per ESPN.

The high-octane Chiefs (4-1) are averaging 119.4 rushing yards per game, which is 13th best in the NFL. They are led in the backfield by rookie Clyde Edwards-Helaire, who tops the team in carries (81) and rushing yards (344).

Bell carried 13 times for 60 yards in the Jets’ 30-10 loss to the Arizona Cardinals on Sunday after missing the previous three games with a hamstring injury. In two games this season, the three-time Pro Bowl selection has 74 yards on 19 carries and three receptions for 39 yards.

Last season, Bell was a disappointment with a career-low average of 3.2 yards per carry while rushing for 789 yards and three touchdowns. He also caught 66 passes for 461 yards and one score.

Bell topped 1,200 rushing yards three times in five seasons with the Pittsburgh Steelers from 2013-17 while twice earning first-team All-Pro honors. He missed the entire 2018 campaign in a salary dispute after refusing to sign a $14.5 million franchise tag.

He then signed a four-year, $52.5 million deal as a free agent with the Jets in March 2019. New York is reportedly still on the hook for the remaining $6 million on Bell’s base pay for this season. ESPN reported that some of that could be offset by the contract he signs with a new team.