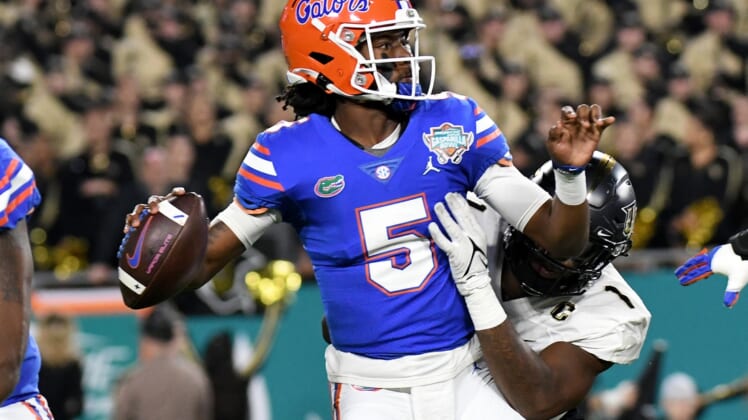 Jones posted a picture on his Twitter account with artwork showing him in a Sun Devils’ uniform.

#ForksUp ?? Let’s get it!! pic.twitter.com/mPid7MpDAL

Jones’ decision will give Arizona State an experienced quarterback after starter Jayden Daniels transferred to LSU in March.

Last season, Jones passed for 2,734 yards, 19 touchdowns and 13 interceptions for the Gators. He also rushed for 759 yards and four scores.

He played parts of four seasons with the Gators, throwing for 3,347 yards, 26 touchdowns and 14 interceptions and rushing for 1,273 yards and 10 touchdowns.

Due to the free eligibility season of 2020 due to COVID-19, Jones has two seasons of eligibility remaining.