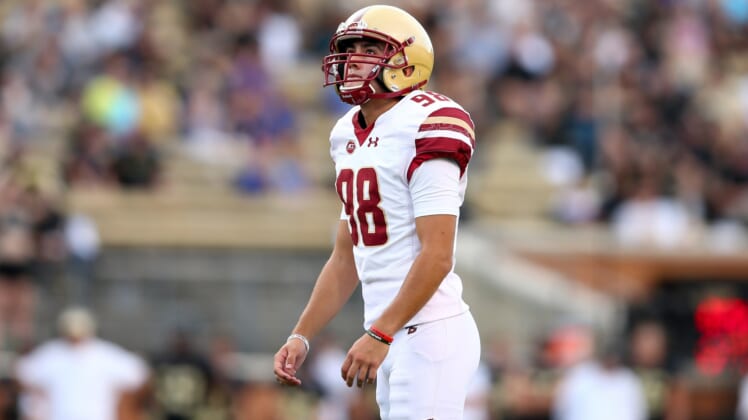 Joe Tessitore was already living the dream as a college football broadcaster for ESPN, but even he never would have imagined the moment he experienced on Saturday.

Working as the play-by-play man for ESPN’s broadcast of the Boston College Eagles and Clemson Tigers game, Tessitore had the chance to call a game that his son was playing in. If that wasn’t enough to make this father proud, his son’s play certainly did.

With the Eagles already leading No. 1 Clemson 21-10 in the second quarter, Boston College pulled out some trickery. John Tessitore, serving as the holder, motioned the tight end to the outside then hurried to line up behind center as the quarterback.

Clemson was completely confused, jumping offsides on fourth down, gifting Boston college a five yards on the offsides penalty. As John Tessitore’s teammates congratulated him, his father’s pride in his son was glowing through the broadcast and in his excited tone.

Tessitore shared with the audience about the different spots his son has played, the kind of insight you can count on from a great broadcaster or a proud parent. On the next play, Boston College seized on the momentum with a touchdown on an insane catch.

While Clemson is playing without Trevor Lawrence, who tested positive for COVID-19 days prior, no one could have expected this team to trail 28-13 at halftime. The Tigers are very much in danger of suffering a humiliating loss, but the best part of this is Tessitore’s moment.