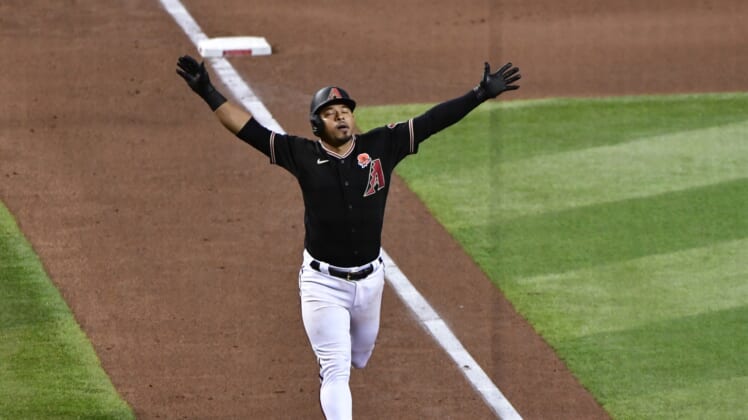 The Chicago White Sox could reportedly be closing in on a blockbuster trade for Arizona Diamondbacks infielder Eduardo Escobar, per multiple reports.

USA Today’s Bob Nightengale reported Saturday evening that Escobar would soon be on his way to the White Sox. The Diamondbacks pulled him from the game in the 8th inning and didn’t list him in the lineup for the series finale against the San Diego Padres.

NBC Sports Chicago’s Chuck Garfien shared Sunday that Escobar was being traded, with Arizona sitting him to ensure his health before making the deal. However, things seemed to be on pause when Escobar appeared as a pinch-hitter later in the game.

Now, per MLB Network’s Jon Heyman, the White Sox are making further progress on a trade to acquire Escobar.

Escobar, age 32, is playing out the final year of his contract. Owed $7.66 million this season, the Diamondbacks have already paid out approximately half of his 2021 salary. Under MLB rules, he will not be eligible for the qualifying offer before free agency this winter.

Sitting at the bottom of the MLB standings, the Diamondbacks figured to be one of the most active sellers before the MLB trade deadline. Following this deal, the club will likely focus on moving outfielder David Peralta and infielder Asdrubal Cabrera.

Escobar offers the versatility to either play second or third base. He split time at both positions with Arizona this season, appearing in 49 games at the hot corner and 32 appearances at second base. Defensively, he fares better at second (2 Defensive Runs Saved, 6.3 UZR/150).

This would be a reunion for Escobar and the White Sox. He made his MLB debut with the club in 2011, playing in Chicago for nearly two seasons before. Chicago traded him to the Minnesota Twins before the 2021 MLB trade deadline as part of a package for Francisco Liriano.

Chicago lost Nick Madrigal after he suffered a season-ending hamstring injury. Danny Mendick has filled in since the injury, but failed to deliver at the plate. Across 93 at-bats, Mendick posted a .204/.315/.301 slash line with an 80 wRC+.

Eduardo Escobar projects to hit near the hear of the White Sox lineup, likely serving as the team’s No. 5 or 6 hitter moving forward.