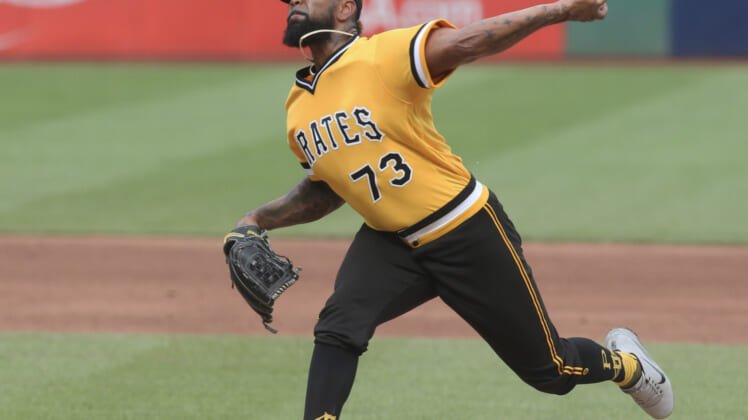 The Los Angeles Dodgers have been in the market for a late-inning reliever leading up to next week’s trade deadline.

“Pirates closer Felipe Vázquez is the Dodgers’ first choice among possible bullpen acquisitions, sources say,” Jon Morosi of MLB.com reported. “While the price will be steep, one source said on Friday that the Pirates have spoken about Vazquez more extensively with the Dodgers than other suitors.”

The report notes that Los Angeles has been hesitant to move any of its top-four prospects. Whether the need for a late-inning reliever changes this remains to be seen.

Vázquez, 28, would not come cheap. He’s pitched to a 1.87 ERA and 1.06 WHIP while striking out 68 batters in 43.1 innings en route to earning a second consecutive All-Star appearance. The lefty is also under team control for the next two seasons.