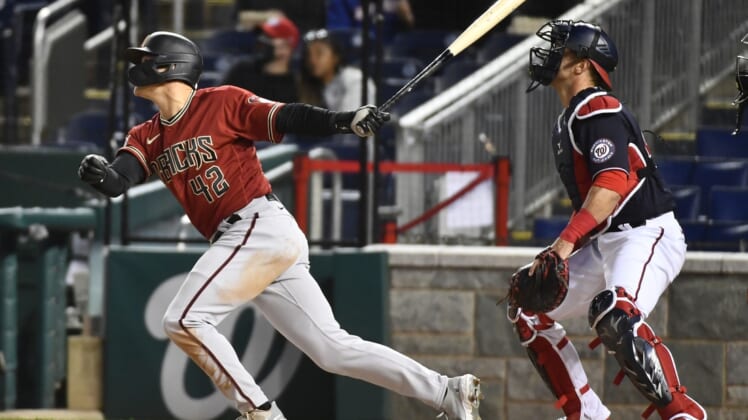 Andrew Young’s grand slam capped a seven-run second inning and the visiting Arizona Diamondbacks defeated the Washington Nationals 11-6 Thursday in the opener of a four-game series.

Starlin Castro and Josh Harrison homered for the Nationals.

With one out, Kelly hit an opposite-field home run to right center and Escobar followed with his fifth home run of the season, a shot to center. With two outs, Nick Ahmed and Smith walked, and Ahmed scored on Wyatt Mathisen’s single.

The Nationals took the lead with a four-run first off Kelly.

With one out, Juan Soto singled and went to second on an error, then scored on Josh Bell’s ground-rule double. Harrison’s single scored Bell, and Harrison came home on Castro’s homer to right center.

Arizona broke the game open in the second.

Singles by Tim Locastro and Escobar sandwiched around Carson Kelly’s walk loaded the bases with no outs. After Asdrubal Cabrera struck out, Ahmed’s ground ball was misplayed by Harrison for an error that tied the game. Corbin then walked Smith and hit Mathisen, making the score 6-4. Corbin got ahead of Young 1-2, but Young timed a changeup for an opposite-field grand slam to right and a 10-4 lead.

Harrison homered in the sixth and Bell added a sacrifice fly in the seventh.