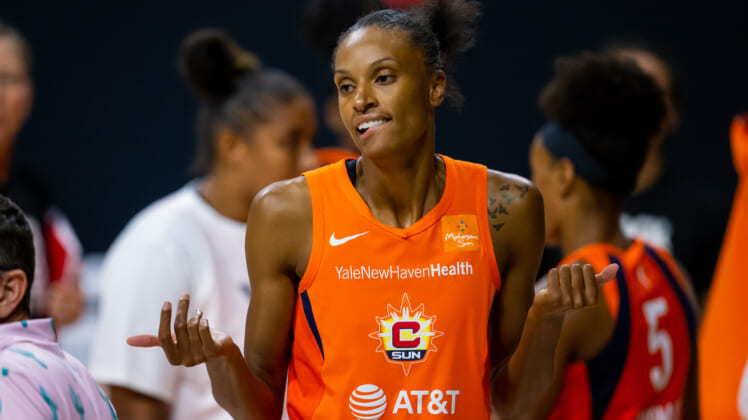 For the first time since week two of the WNBA season, a player from the Seattle Storm has not been named WNBA Player of the Week.

DeWanna Bonner averaged 24.0 points, 10.0 rebounds, 3.5 assists and 1.5 blocks in two games last week with the Sun winning each game. This included an all-around performance against the Dallas Wings in which she recorded 25 points, 13 rebounds, six assists and two blocks and a win over the Chicago Sky to end their seven-game win streak.

With the Sun currently sitting in third place in the WNBA standings, DeWanna Bonner is looking to keep her team in contention for their first WNBA championship in franchise history despite playing without their leading scorer Jonquel Jones.

In her 14th WNBA season, Sylvia Fowles showed she still has a lot left in the tank, putting up an incredible 28.0 points, 16.5 rebounds, 4.5 blocks and 3.0 steals in two games last week with the Lynx winning each game.

Despite the Lynx starting the season losing their first four games, they have recovered well winning seven of their last 10 games putting their record at .500. In that time, Fowles has averaged 17.1 points, 10.2 rebounds, 2.6 steals and 2.2 blocks.

Sylvia Fowles is making a case to win her fourth WNBA Defensive Player of the Year award. She is averaging 1.8 blocks and a career-high 2.4 steals this season.

In addition, Fowles will look to keep the Minnesota Lynx WNBA record 10 consecutive playoff appearances streak alive currently sitting in a tie for seventh place in the WNBA with the Phoenix Mercury.