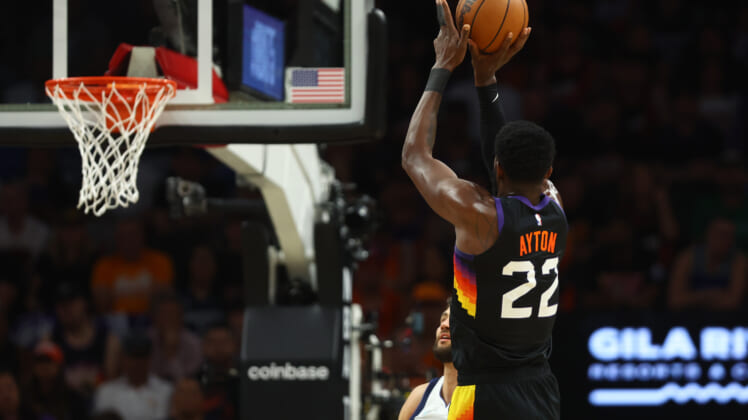 The Detroit Pistons entered the 2022 offseason hoping to add young, impact talents both via free agency and the NBA Draft. Before the negotiating window even opens, it seems Detroit is confident it already accomplished its objectives.

Many long viewed Detroit as the natural landing spot for Deandre Ayton. The restricted free agent is on the outs in Arizona, with the Phoneix Suns not expected to retain him. It opened the door for the Pistons, who have the most cap space in the NBA, to sign Ayton to a max contract.

Those plans still seemed to be in place early on draft night. Jaden Ivey, a consensus top-four prospect, slipped to Detroit at No. 5 overall. The Pistons had their dynamic pairing at guard, creating a duo of Ivey and Cade Cunningham. Next, general manager Troy Weaver wanted to find a young big man to perfectly fit into his team.

Detroit’s dream scenario unfolded during the NBA Draft. Jalen Center, one of the top prospects on their board, slipped to the 13th overall pick. Within minutes, the Pistons struck a deal with the Charlotte Hornets and New York Knicks to acquire the 18-year-old center.

The selection and trade received immediate praise, with Detroit emerging as a clear winner on draft night. It still leaves Weaver with ample cap space to make a big move, but Pistons’ beat writer James Edwards III explained why Ayton is no longer a priority for the organization.

With the team expected to keep Isaiah Stewart, there is no longer a huge need for Ayton. The Pistons’ coaching staff and front office are very comfortable with the bigs on its roster, believing there is more than enough talent for this team to take a step forward next season. 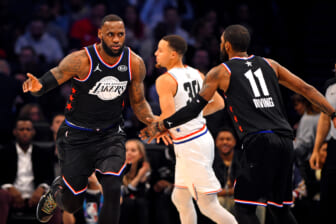 That’s not to suggest money won’t be spent this summer. Detroit has its young nucleus in place and with many of them playing on rookie contracts, there is ample cap space.

Instead of spending $30-plus million on one player, it seems the Pistons will allocate those funds towards multiple contributors who can fill out the rotate and make a meaningful impact for a roster that lacks years of NBA experience.

It’s likely the right approach for Detroit, especially with the talent available in future free-agent classes expected to be much stronger. While it might result in fewer victories than if the team signed Ayton, Detroit is still thinking long term.

As for Ayton, his list of potential landing spots is quickly dwindling with only a few teams even able to approach a max contract offer this summer.