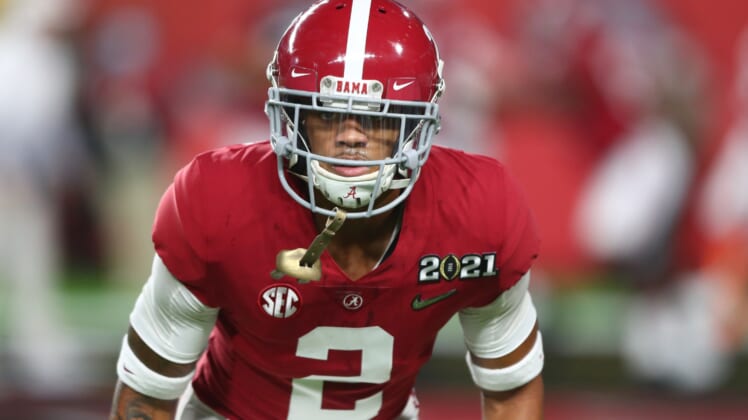 The Denver Broncos have been rumored to be in play for Green Bay Packers quarterback Aaron Rodgers. That’s a major backdrop as Denver selected cornerback Patrick Surtain II ninth overall in the 2021 NFL Draft on Thursday night in Cleveland.

Considered one of the top defensive players in the entire class, Surtain II could very well end up being a dominant shutdown cornerback on the outside.

Son of a former NFL player Surtain II, as a freshman started 12 games and recorded 37 tackles. Stats that made him a starter in 2019. As a sophomore, he made 42 tackles, three forced fumbles, eight pass breakups, two interceptions, a fumble recovery, and a QB pressure. In 2020, he earned All-American honors and was named the Defensive MVP of the 2021 Rose Bowl.

With that said, there’s a decent chance that the Denver Broncos end up moving Surtain II to the Green Bay Packers as part of a package for the aforementioned Aaron Rodgers. After all, they are loaded at cornerback.