Arizona Cardinals’ DeAndre Hopkins speaks out on NFL COVID policy, questions his future in the league 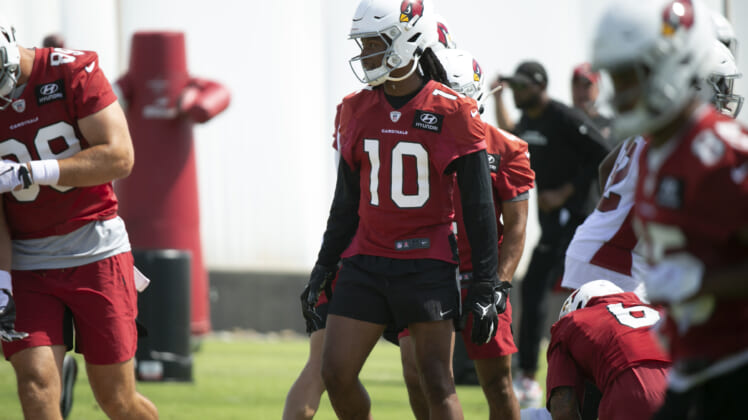 The NFL is taking drastic measures to guarantee that the 2021 season is completed amid the COVID-19 pandemic. DeAndre Hopkins of the Arizona Cardinals has now joined other players in questioning the league.

The backstory here is a report on Thursday indicating that the NFL will force teams to forfeit games should unaccinated personnel lead to the postponement of matchups.

It goes without saying that this is a controversial policy for the league to take up as debate surrounding the vaccines heat up around the gridiron world.

Not only did DeAndre Hopkins take issue with the NFL’s new-found policy, he’s now questioning his own future in the league. Check out this since-deleted tweet the elite-level receiver sent out on Thursday.

To be clear, DeAndre Hopkins is not alone in his thought process. New England Patriots edge rusher Matt Judon had a bit more of an NSFW take on the situation at hand.

In no way does this mean that Hopkins is threatening retirement. Simply put, he’s showing frustration over the recently-announced policy.

In addition to squads being forced to forfeit games due to an outbreak among the unvaccinated, players on the team they were set to play that week wouldn’t get paid.

As of right now, 14 teams around the NFL have reached the 85% vaccine threshold with 78% of players having received at least one shot. It appears that DeAndre Hopkins is not among them.