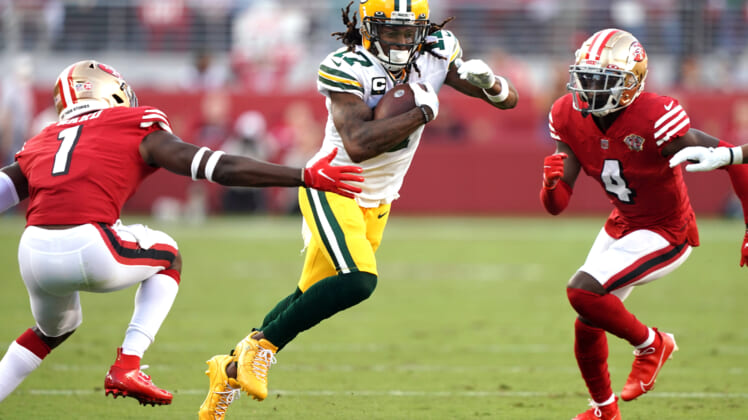 Green Bay Packers wide receiver Davante Adams was having himself another great game against the San Francisco 49ers Sunday night.

Unfortunately for Adams and his Packers, the star pass-catcher was caught up in a brutal hit by 49ers safety Jimmie Ward in the fourth quarter.

Ward hit Davante Adams right in the helmet as the Pro Bowler attempted to make a catch down the field. As you can see, Adams clearly lost consciousness for a bit.

Shockingly, officials at hand at Levi’s Stadium in Northern California did not call it a penalty against Ward.

We’re not even sure where to start with this one. Players are supposed to be protected in these situations. He was defenseless.

Even after officials called some egregious penalties throughout the game, they held the whistle on this one.

NFL world blasts officials after Davante Adams was knocked out