Daniil Medvedev tests positive for COVID-19, out of Monte Carlo 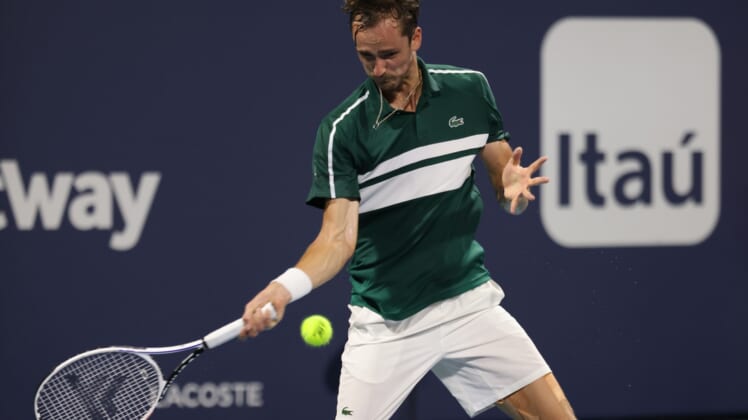 Second-ranked Daniil Medvedev of Russia withdrew from the Monte Carlo Masters on Tuesday after testing positive for COVID-19.

Per the ATP, Medvedev has been placed in isolation and will be monitored by the tournament physician and ATP medical team.

“It’s a big disappointment not to play in Monte Carlo,” said Medvedev, who resides in Monaco. “My focus is now on recovery and I look forward to getting back out on Tour as soon and as safely as possible.”

Medvedev, 25, was replaced in the main draw by Argentinian lucky loser Juan Ignacio Londero. He withdrew from doubles competition.

Medvedev has 10 ATP singles titles to his credit.