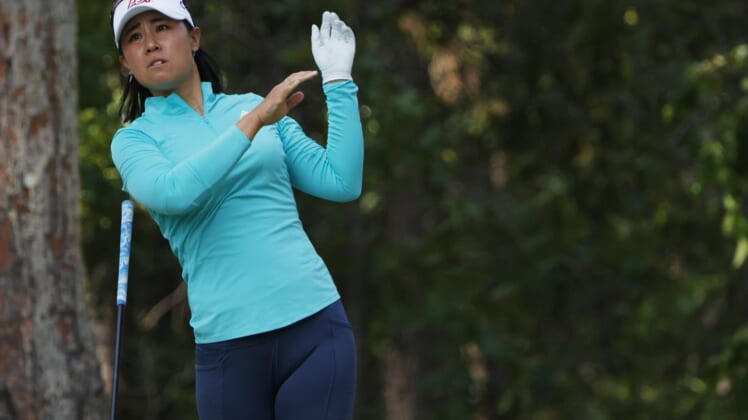 Danielle Kang returns to competition Thursday after an 11-week absence due to a tumor on her spine and said she has experienced “a tough few months.”

However, Kang declined to reveal specifics but is happy to be out of the house and back on a golf course when the CP Women’s Open at Ottawa, Ontario, begins Thursday.

The six-time LPGA winner began having back pain in early April and took time off after the U.S. Women’s Open in early June.

“This wasn’t the easiest journey that I had to go through, and I am planning to keep the details and the process between myself and all the relevant people in my team,” Kang said during a press conference on Wednesday.

Kang, 29, withdrew from two of the last four events she played before taking a break. She feels rejuvenated to play and said she also learned some lessons.

“While I was away, I reached that blissfulness where I just felt healthy and happy. That’s why I came back out,” Kang said. “I’ve been so intense and desperate to play golf, and I love the game, but I don’t really need to be that desperate. I think that’s the difference from back then and now.

“I’m excited to compete. I will always be a competitor. But I don’t feel like I’m wanting that desperately. I think that’s gone.”

Kang, ranked 18th in the world, is still adjusting physically and said she now has to do more self-management.

“I used to just wake up and just roll out of bed and swing a driver. Yeah, I can’t do that anymore,” Kang said, adding a laugh. “I got to do this whole full warmup thing and make sure that my hips are activated, stretched. Yeah, it’s like a full warmup session that has gotten longer, but it doesn’t mean it’s worse.”

Kang said she will shorten her schedule and not play as many consecutive weeks.

“I’ve learned that playing nine weeks in a row doesn’t do well on your body,” Kang said. “I know there are obstacles and hurdles that come my way, and I try to spin is it as a positive because I never had this much time at home. …

“So moving forward with my schedule it will just be management. I don’t think I’ll play five, six (weeks) in a row.”