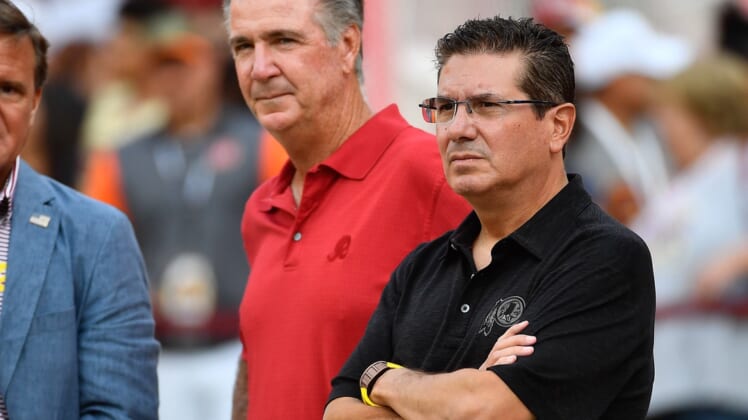 The court filing in California outlines how Allen had access to all aspects of the team because of a “hands-on role” on a “day-to-day basis” but rarely, if ever, was mentioned in detailed negative stories.

In a parallel filing, Snyder filed another lawsuit in India, against MEAWW. The company ran stories detailing what Snyder said where “unsubstantiated” stories about his personal conduct and links to the late Jeffrey Epstein.

Snyder’s legal team drilled into phone records, purportedly from the team facility, to connect Allen to a regional investment banker, John Moag, who was representing the team’s minority owners. Those minority shareholders were making plans to sell their stake in the team at the time.

Per court documents, Snyder claimed “In the 6 weeks leading up to the publication of the Defamatory Articles, Allen and Mr. Moag spoke 21 times for 270 minutes, or 4.5 hours.”

Snyder and his family have since purchased full control of the franchise.