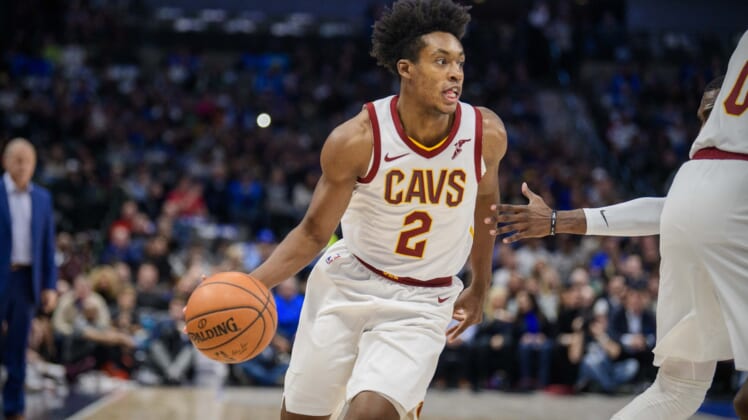 Luka Doncic and the Dallas Mavericks can’t be entirely pleased with how their offseason has transpired to this point. Could adding Cleveland Cavaliers scoring guard Collin Sexton help offset the loss of Jalen Brunson?

According to Chris Fedor, the Mavs have at least looked into the idea of completing a sign-and-trade for the scoring guard.

Yet, anyone acquiring Sexton has a few hurdles to clear. For one, he’s a restricted free agent, meaning the Cavs have the right to match any offer that comes Sexton’s way. But there are a few other factors that may be preventing teams from adding Sexton to their roster ahead of the 2022 NBA season.

Why a Collin Sexton trade to Mavs remains unlikely

At this point, there aren’t any teams with the cap space to offer Sexton the long-term contract he desires. Reportedly looking for a deal starting around $20 million per season, only the Indiana Pacers and San Antonio Spurs currently have the space required to sign Sexton.

Yet, teams can always clear more space off their books for 2022 by trading away contracts to acquire Sexton. The only issue for the Mavs is they may not have anything valuable enough to excite the Cavs, at least not for the 23-year-old Sexton.

Sexton undoubtedly would have found a warmer market in free agency had he not suffered a torn meniscus in his left knee in his 11th game of the 2021 season. But the two-guard should be good to go for the start of the 2022 season.

Sexton would appear to be a decent fit in Dallas to help replace Brunson’s point production in the starting lineup, but the Mavs do also still have Spencer Dinwiddie and Tim Hardaway Jr. to help provide a scoring punch. Newcomer Christian Wood will also play a big factor, though his work will primarily be done in the paint.

With both the Mavs and Cavs having their eye on competing for the playoffs, a salary dump plus draft picks won’t be enough to swing a deal.

The most likely scenario for Sexton likely involves him taking whatever the Cavs are willing to offer long-term or just signing his $7.2 million qualifying offer with the hopes of proving his worth with his play this upcoming season. That may be his best route to earning a bigger payday in 2023.