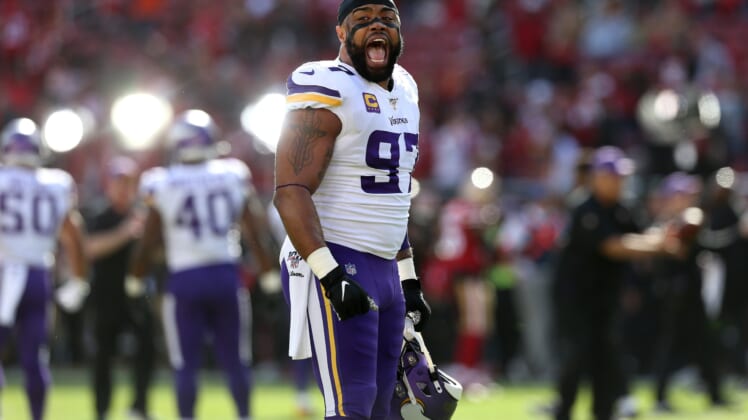 The Dallas Cowboys already added a big-name pass rusher in that of Aldon Smith earlier this offseason.

While Dallas can’t rely on Smith to do much after he sat out the past four seasons due to off-field issues, the team now has a Pro Bowler to help get to the quarterback.

According to multiple media reports, Dallas has signed this four-time Pro Bowl performer away from the conference-rival Minnesota Vikings.

This is about as big as it gets for a late-summer deal around the NFL. Griffen, 32, is coming off a 2019 campaign that saw him record 24 quarterback hits an eight sacks en route to earning a Pro Bowl appearance after a one-year hiatus.

We mentioned Aldon Smith before. Whatever the former All-Pro can bring to the table will only be gravy for Dallas. The same can be said for Randy Gregory, who still remains suspended by the NFL.

Though, the addition of Griffen creates a tremendous book-end duo with fellow Pro Bowler Demarcus Lawrence. Add in the presence of veterans Dontari Poe and Gerald McCoy inside, and Dallas’ defensive line is right up there with the San Francisco 49ers as the best in the NFC.

If the Cowboys can get expected production from these four players, it’s only going to help the other two layers of their defense. That’s primarily true when it comes to a questionable cornerback group following the departure of Pro Bowler Byron Jones in free agency.

It’s an age-old narrative around the NFL, one that has proven to be true more often than not. An elite-level pass rush will mask issues in the secondary. By adding Griffen to the mix, Dallas is banking on this as it attempts to earn the NFC East title in 2020.