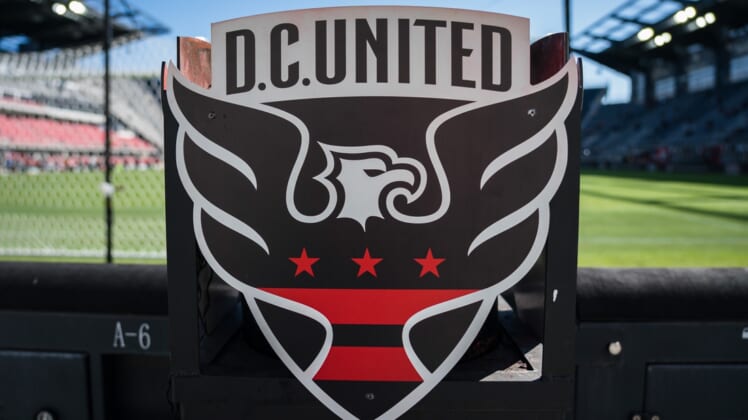 Mar 7, 2020; Washington, DC, USA; A general view of a D.C. United logo on the sideline before the game between D.C. United and Inter Miami at Audi Field. Mandatory Credit: Scott Taetsch-USA TODAY Sports

Rushton will follow in the footsteps of Lynne Meterparel, who was general manager of San Jose Clash during the 1999 season. She also will be the second active female general manager in American men’s sports, joining Kim Ng of the Miami Marlins in Major League Baseball.

Most recently, Rushton served as the head of technical recruitment and analysis with Atlanta United. She also worked at Reading, where she served as head of technical scouting and was part of the organization’s English League Championship title in 2011-12.

D.C. United is looking to turn around its fortunes amid a lengthy MLS Cup title drought that dates to 2004.

The organization took another progressive step during the winter when it hired Danita Johnson as president of business operations, making her the first Black team president in league history. She became the third female team president in the history of the league.