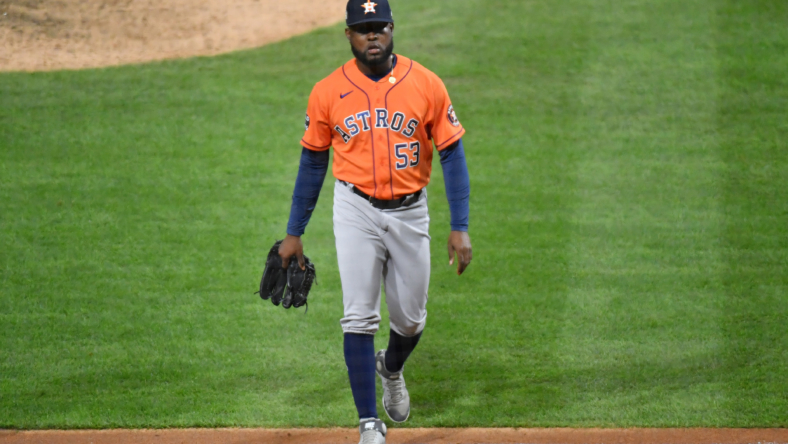 Cristian Javier and the Houston Astros were up against it Wednesday in Game 4 of the World Series against the Philadelphia Phillies.

Houston found itself down 2-1 in the series and in desperate need of a win in order to avoid a 3-1 series deficit heading into Game 5 Thursday in Philadelphia.

While Houston’s offense did its damage with five runs in the fifth inning, it was the pitching staff that dominated from the bump.

Javier pitched six no-hit innings, striking out nine while throwing 63-of-97 pitches for strikes. The dude was on one throughout his entire appearance.

If this were a regular-season game, Javier would’ve been given an opportunity to finish the no-hitter. But with Houston in must-win mode, it turned to multiple relievers in an attempt to even up the series.

In turn, the likes of Bryan Abreu, Rafael Montero and Ryan Pressly would go on to toss three no-hit innings, helping Houston accomplish only the third no-hitter in MLB Playoff history.

Dan Larsen first accomplished this feat during his perfect game for the New York Yankees against the Brooklyn Dodgers back in 1956. To this day, it’s considered the single-greatest game ever pitched in the history of MLB.

Back in 2010, the late-great Roy Halladay of the Philadelphia Phillies threw a no-hitter in Game 1 of the NLDS against the Cincinnati Reds. That’s it. That was the list prior to what we saw Wednesday evening inside Citizens Bank Park in Philadelphia.

Over 3,000 postseason starts in the history of MLB, and the Astros are one of three teams to have thrown a no-hitter.

What Cristian Javier and the Houston Astros did defied logic. Philadelphia had one baserunner after the third inning. A total of 20 of its final 21 batters were retired, 11 via strikeout. Not only did Houston even this series, it put the Phillies on notice big time.