After losing to the Seattle Storm in the final of the WNBA’s inaugural Commissioner’s Cup, the Connecticut Sun bounced back with a dominant 80-59 win over the Dallas Wings.

Connecticut improves to 15-6 good for the second-best record in the WNBA behind the aforementioned Seattle Storm. With 11 games remaining in the season, if the Sun win 10 of those games, they will tie their franchise record for wins in a season.

Meanwhile, the Dallas Wings have lost their last four games with this loss dropping their record to 9-13. Despite this, the Wings are very much in contention for a playoff spot. 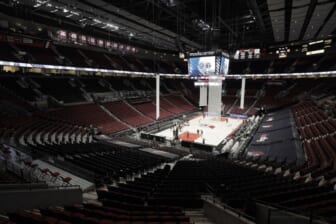 Currently ninth in the WNBA standings, the Wings are currently 1.5 games behind the New York Liberty who are sitting in sixth place and are one game behind the Washington Mystics who hold the eighth and final spot at the moment.

The Connecticut Sun controlled the game from start to finish taking a 20-point lead into halftime after leading by as many as 22 in the second quarter. Bonner had a remarkable first half for the Sun scoring 12 of her 14 points in the half shooting 4-for-6 from the field connecting on two 3-pointers.

The Wings were able to trim the Sun lead to 11 points in the third quarter, they were unable to remain competitive as the Sun cruised to victory.

Connecticut will now begin a stretch of five straight home games beginning on Tuesday when they play their first of back-to-back games against the Minnesota Lynx.