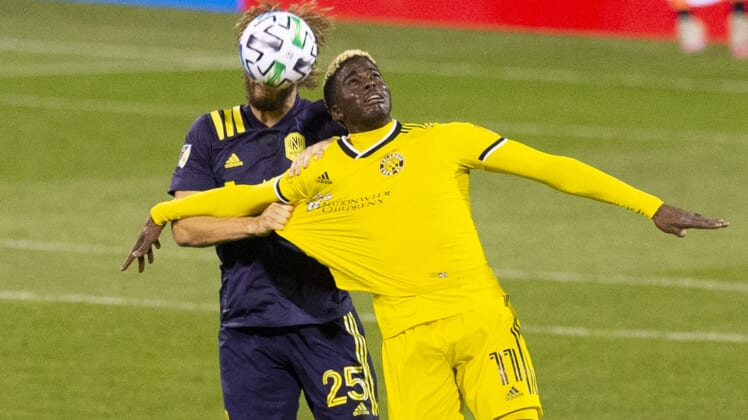 Jonathan Mensah also scored and Pedro Santos added a penalty kick for the Crew, who produced all of the game’s goals before halftime.

The finale of the two-leg, total-goals series will be played April 15 in Columbus, Ohio.

Zardes put the visitors in front in the 19th minute when a scuffed Real Esteli clearance set him up for an open 12-yard shot close to the penalty spot.

Mensah doubled the lead with a chipped attempt off a 25th-minute corner kick.

Zardes scored again from in front off a Luis Diaz assist in the 33rd minute, and Santos added a penalty-kick goal in first-half stoppage time.

The five Major League Soccer teams competing in the CONCACAF Champions League went undefeated during their first legs this week. Atlanta United, the Philadelphia Union and Columbus all won while the Portland Timbers and Toronto FC tied their opponents.