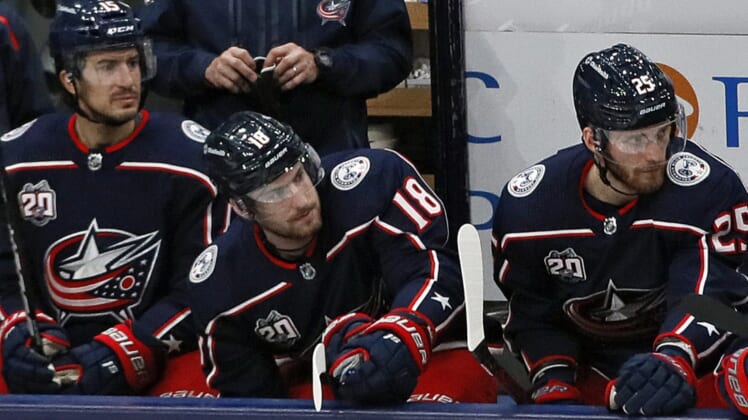 Star center Pierre-Luc Dubois was benched for all but about four minutes of a loss to Tampa Bay on Jan. 21 and was traded to Winnipeg two day later.Sp Cbj 0121 Kwr 35 1

The Columbus Blue Jackets announced Monday that they have replaced assistant coach Sylvain Lefebvre after he refused to get a vaccine shot for COVID-19.

Lefebvre was brought on by Brad Larsen after he was named head coach in June.

The team announced that it has promoted Steve McCarthy from the Cleveland Monsters to replace Lefebvre, whose decision runs afoul of new NHL protocols.

“While we are disappointed, we respect that this decision is a personal one for Sylvain and wish him well,” Columbus general manager Jarmo Kekalainen said. “We feel fortunate to have an outstanding coach join our club in Steve McCarthy, who has played in this league, won championships as a player and been an important member of our hockey operations department as an assistant coach in Cleveland.”

McCarthy has spent the past five seasons as an assistant coach with Cleveland, Columbus’ American Hockey League affiliate.