Colorado Avalanche’s Gabriel Landeskog to have hearing with NHL 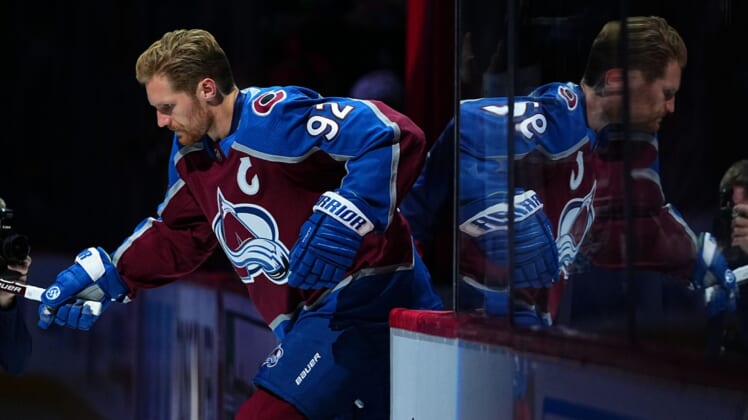 Colorado Avalanche captain Gabriel Landeskog will have a hearing with the NHL Department of Player Safety on Thursday.

Landeskog is facing discipline for boarding fellow forward Kirby Dach of the Chicago Blackhawks during Wednesday’s game in Denver.

The incident occurred with 3:37 remaining in the third period after Landeskog shoved Dach while the latter was on one knee near the boards. Landeskog received a minor penalty for boarding as well as matching roughing penalties with Blackhawks forward Tyler Johnson following the incident with Dach.

Dach remained in the game after the hit from Landeskog.

Landeskog collected a goal and an assist in Colorado’s 4-2 win on Wednesday. The 28-year-old Swede has 514 points (219 goals, 295 assists) in 688 career games since being selected by the Avalanche with the second overall pick of the 2011 NHL Draft.