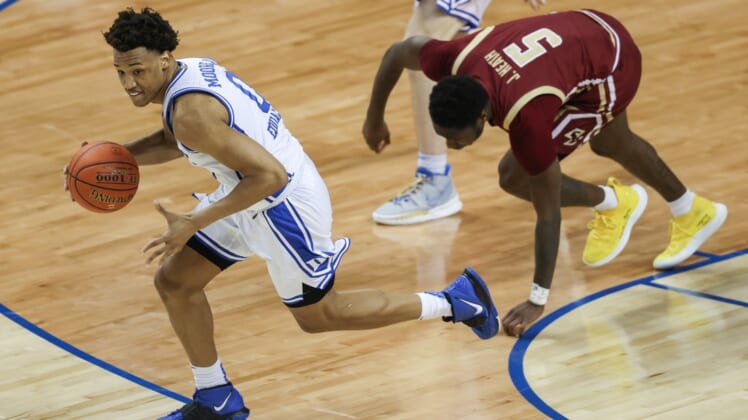 College basketball viewership declined considerably during the just-concluded regular season, with CBS and ESPN producing the poorest numbers in at least 10 years, according to a Sports Business Journal report.

Fox saw its worst averages in four years, per the report.

The numbers are not too surprising, given the TV viewer performance of most sports outlets during the pandemic, while the subpar on-court performance by traditional powerhouses such as Duke and Kentucky also likely played a role.

CBS led the college basketball viewership total with 1.18 million customers over predominantly weekend coverage, a 10 percent drop-off from the 2019-20 season.

Fox topped ESPN for the first time in the regular season, though its average of 783,000 was down 9 percent from the prior season.

ESPN, ESPN2 and ESPNU wound up with their lowest numbers in at least 10 seasons, the Journal reported, with ESPN averaging 753,000 viewers.

ABC bucked the trend, producing an increase of more than 60 percent, averaging 715,100 viewers.